The Scottish approach to the World Cities Programme is different from that of the other City pairings, collaborating the Scottish Cities together to input to the potential areas of cooperation with Suwon, bringing together the wider areas of expertise from across Scotland.

As such, the Suwon delegation were put through their paces with a programme that took them to 4 different Scottish cities in 2 and a half days!

The first day of the programme took the delegation to the cities of Glasgow and Stirling. Starting in Glasgow, the delegation visited Clyde Gateway. Clyde Gateway is Scotland’s biggest and most ambitious regeneration programme. It is a partnership between Glasgow City Council, South Lanarkshire Council and Scottish Enterprise, supported with funding from the Scottish Government. The aim of the project is to lead the way on achieving social, economic and physical change across the communities spanning over an area of 840 hectares in the East End of Glasgow and in Rutherglen, over a 20-year period until 2028. The area is abundant in opportunity and primed to continue to build on the Legacy aspects of the highly successful and memorable 2014 Commonwealth Games.

A presentation was delivered by Alan Milner, Head of Sport at Glasgow Life and Mark McElwain, Senior Venues Manager for the Glasgow 2018 European Championships, followed by a presentation about Clyde Gateway from Mandy Watson, Project Manager. Ewan Curtis also discussed the Glasgow City Region Deal one of the largest City Deals in the UK, including eight neighbouring local authorities across Glasgow and the Clyde Valley. The Glasgow City Region City Deal will fund major infrastructure projects; create thousands of new jobs and assist thousands of unemployed people to get back to work; improve public transport and connectivity; drive business innovation and growth and generate billions of pounds of private sector investment.

The delegation were then given a tour of Clyde Gateway…and all of this was just the first half of day one! 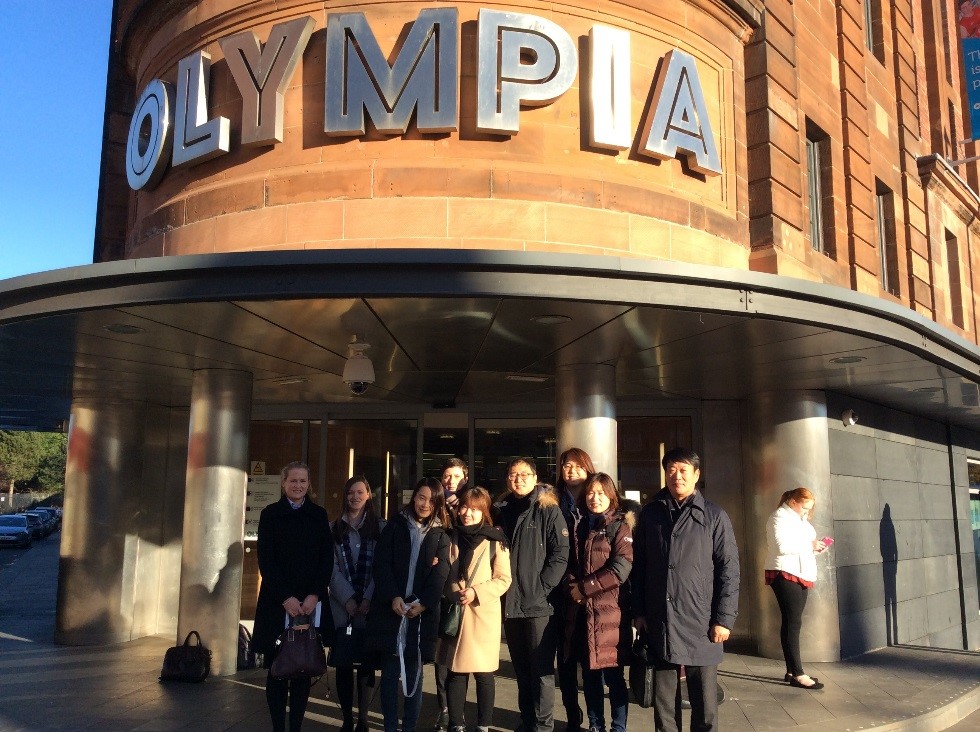 Next, we whisked the delegation off to Stirling, to the Engine Shed. The Engine Shed is run by Historic Environment Scotland. It is a building conservation centre which houses teams working on science conservation; technical outreach and education; and digital documentation. As well as a tour of the Engine Shed, we received an introduction to their science lab, demonstrating techniques and tools used for analysis and the work of the digital team, showcasing the innovative 3D work & projects of Historic Environment Scotland. This part of the programme was of relevance for Suwon’s Hwaseong Fortress, a UNESCO World Heritage Site, on how the site is managed and conserved. 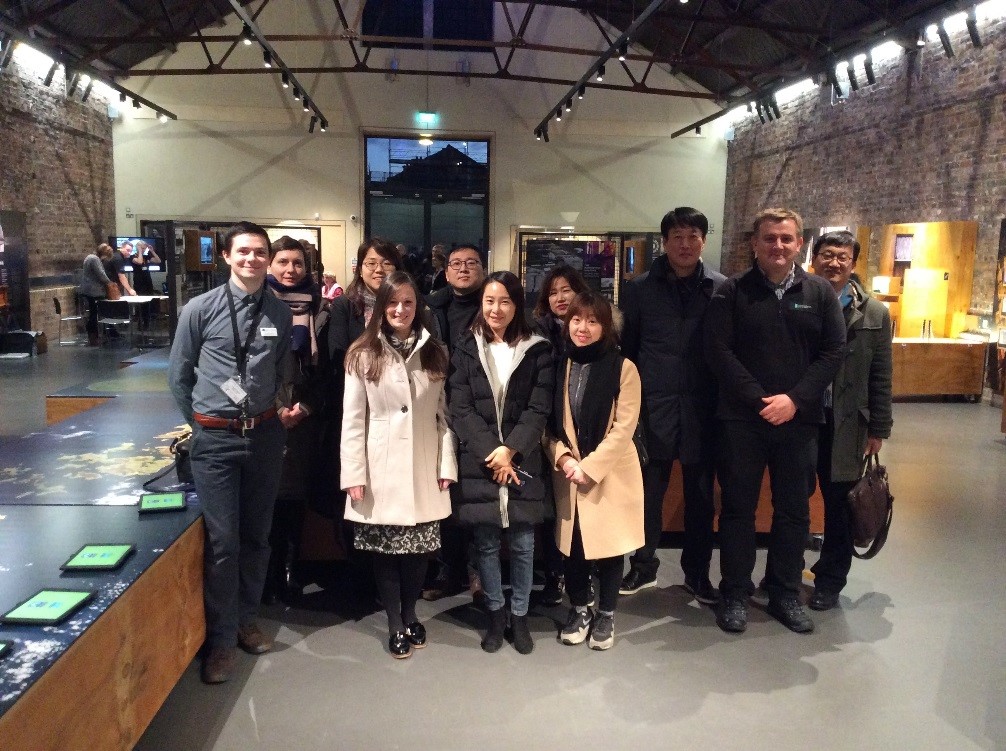 We started Day 2 in the City of Dundee, with a tour of the Dundee Waterfront transformation, which encompasses 240 hectares of development land stretching 8km alongside the River Tay, it is a strategic, focussed and forward looking 30-year project (2001-2031). The delegation also heard from Jennifer Caswell, Economic Development Team Leader Dundee City Council, on Dundee’s marketing and branding campaign and its impact on Dundee’s regeneration. Philip Long, Director of the V&A, also gave an interesting presentation on the newly constructed Victoria & Albert Design Museum; the partnership, the building, the content and its programmes as well as how it links to the local community and Dundee’s economic development ambition. Finally, Gregor Hamilton, Head of Planning & Economic Development delivered a presentation and discussion on the Tay Cities Deal which brings together public, private and voluntary organisations in the council areas of Angus, Dundee, Fife and Perth & Kinross to deliver a smarter and fairer region. These elements are coming together for the regeneration of Dundee City, urban regeneration was of particular interest to the delegation of Suwon, on the opportunities for turning areas into vibrant, innovative and growing economies. 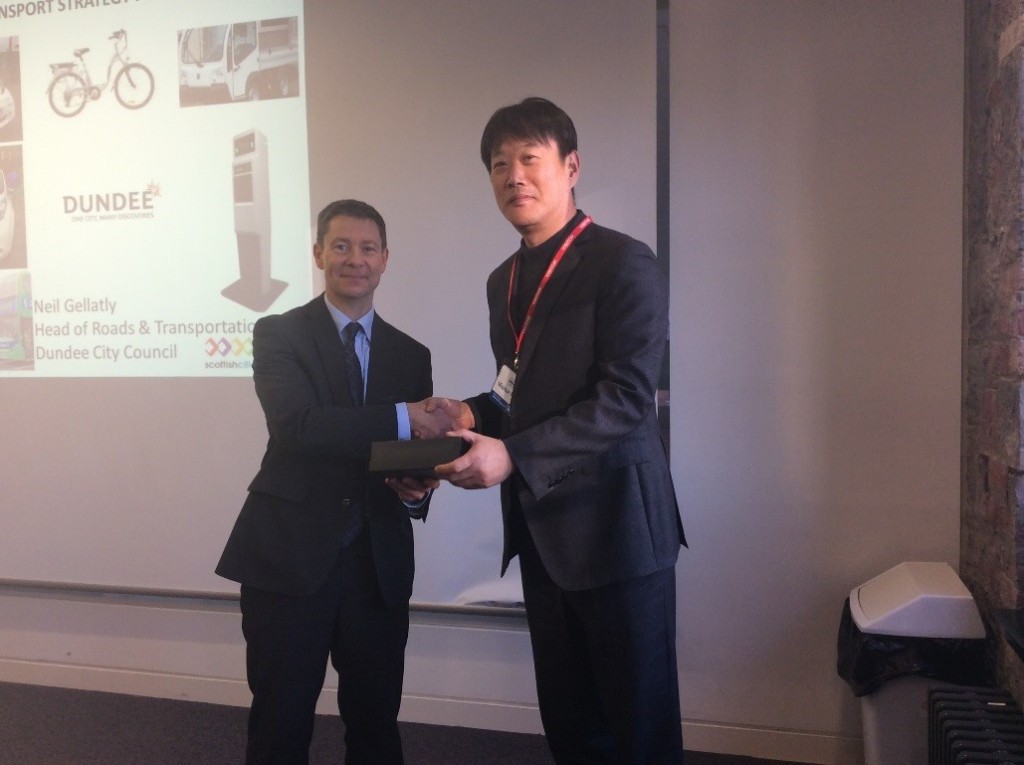 Last but not least,  Day 3 took the delegation to the City of Edinburgh, Scotland’s capital city. The focus of the third day was data, looking at the opportunities for the development of open data value chains, data science capabilities and solutions. The first stop on the agenda was The Data Lab. The Data Lab is an Innovation centre focussed on helping Scottish industry to capitalise on growing market opportunity in Data Science in Scotland. The group were introduced to Jude McCorry, Head of Business Development at the Data Lab. Jude gave an overview of the aims and objectives of the Lab, and outlined several the key projects the Lab is currently actively working on. 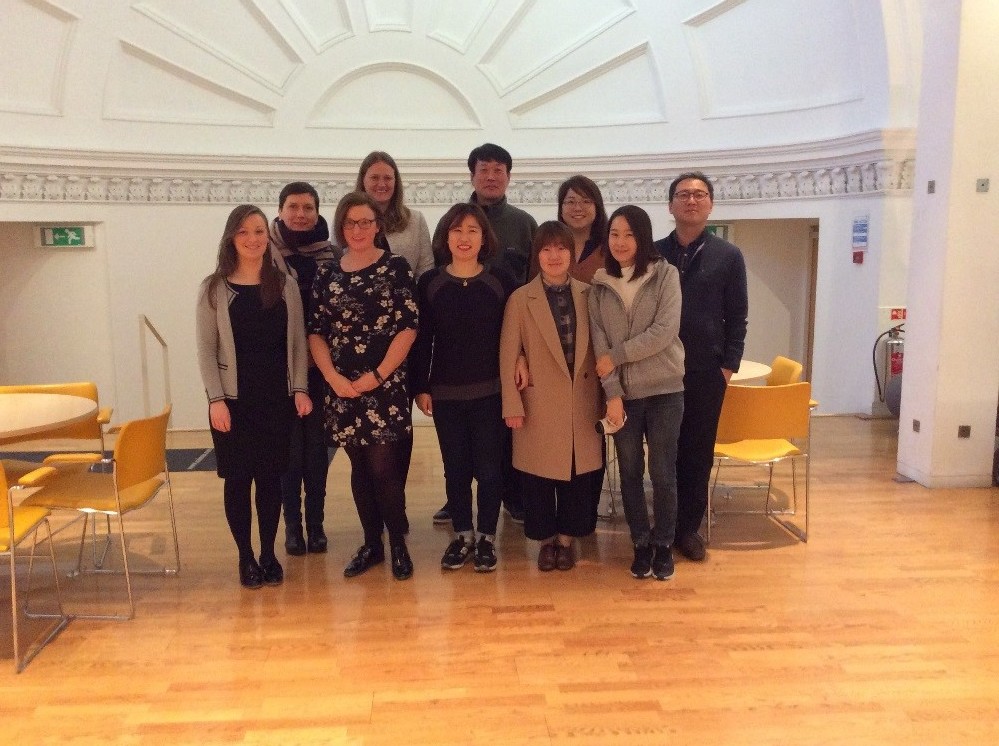 The final stop was CivTech, which is housed within Codebase. CodeBase is the UK’s largest start-up incubator, home to more than 100 of the country’s best technology companies. At Civtech, the delegation met with the Head of Civtech, Alexander Holt. Alexander explained in detail the new model being piloted to support the development of new technologies to “drive daring and innovation in the public sector”, via Public Procurement of Innovative solutions. 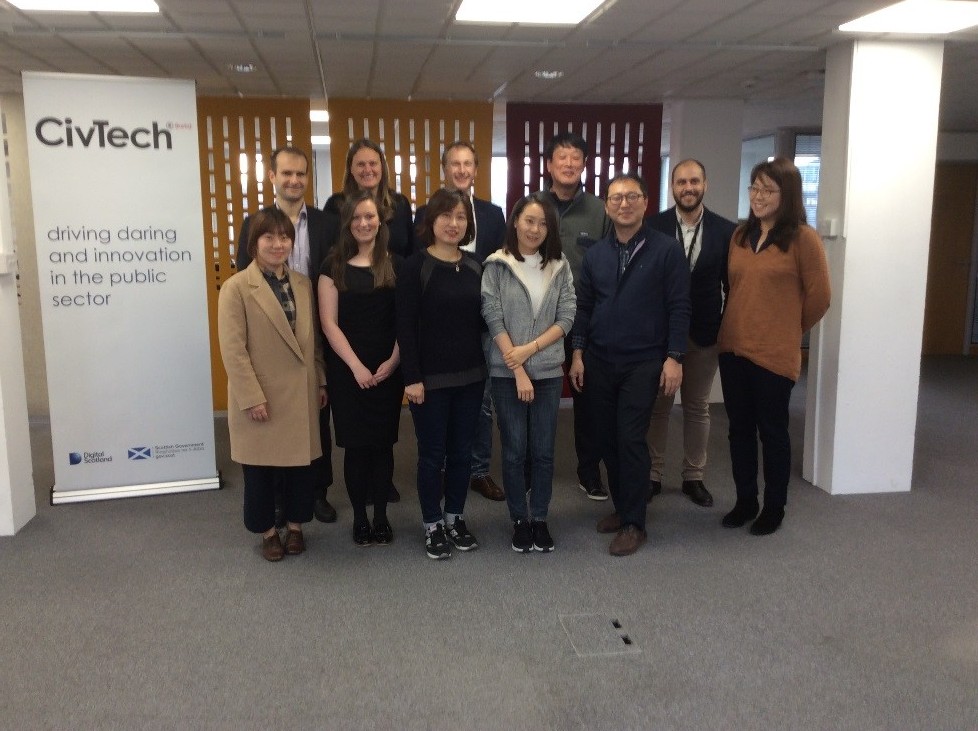 The day finished with a wrap up discussion session, giving the delegates from Suwon and Scotland an opportunity to look back over the busy few days, ask further questions and highlight which areas could be the most of most value and benefit for cooperation.

Scotland’s approach to the public-sector innovation, the City Deal model, partnership models and the utilisation of innovative techniques in mapping heritage sites, were of significant interest to Suwon.

After the delegates from Suwon and Scotland have had a chance to reflect on the visit, Scotland Europa will facilitate the connections for cooperation with each partner in Scotland on the main areas identified of common interest over the next few weeks.