Chengdu has 14,4 million inhabitants and is the capital of Sichuan Province (China’s 4th largest province with 81 million inhabitants). The city has an ambitious low carbon work programme, including sharp carbon intensity reduction and the increase of non-fossil energy share. Chengdu also aims to build itself into a sustainable smart city as an effective way to create green GDP. The countryside remains the poorer part of Chengdu City, and its environmental pollution becomes continuously serious. Chengdu City is also developing an integrated urban-rural development, in order to improve the jobs and income opportunities, reduce the urban-rural divide, and reverse the current trend of environmental degradation that is jeopardizing both people and nature.

The most innovative city development is taking place at Tianfu New Area, a planned area of 1.578 km2, 85% of which is under the jurisdiction of Chengdu. The priority of the area is to develop a circular economy and establish strategic new industries such as energy resources, new materials, energy conservation, biotechnology, and the new generation information technology and high-end equipment manufacturing. Field visits at Tianfu New Area will include the Xinglong Lake Ecological Area, a large ecological construction project, with an artificial lake at the centre and total area of over 3 km2. 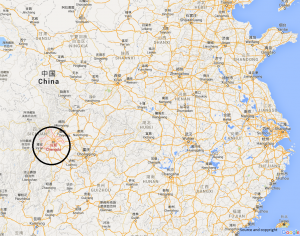