The Mayor of Hanoi, Chairman Nguyen Duc Chung, met with a delegation of the European Union led by Ambassador Bruno Angelet, Head of the European Union Delegation to Vietnam. Delegates from the cities of Milan (Italy) and Kosice (Slovakia) discussed with Chairman Chung about city-to-city cooperation in the areas of smart city, mobility, circular economy and start-up ecosystem. Ambassador Angelet introduced to Chairman Chung the EU World Cities Project, an initiative of the EU’s Directorate General for Regional and Urban Policy (DG REGIO) to promote the exchange of experiences and best practices between EU and non-EU countries on different areas of sustainable urban development.

Ambassador Angelet focused on the cooperation between Hanoi and the pairing city of Milan, the most prosperous non-capital city in the EU and capital of Lombardy, one of Europe’s top-economic growth regions. Milano representatives explained potential cooperation areas in the areas of smart city (e-government, mobility, ICT), innovation (start-ups ecosystem) and circular economy. The Italian Ambassador to Vietnam, H.E. Mrs Cecilia Piccioni, expressed her support to the cooperation between Milan and Hanoi as a concrete follow-up of Vietnam’s President’s Tran Dai Quang visit to Italy last November. Ambassador Piccioni invited Chairman Chung to visit Milan in the second half of 2017.

Meetings in HoChiMinh City began at the Saigon River Tunnel. This new urban development project was explained to the European city representatives by the management board of the tunnel. Discussions focused on the technologies applied in the tunnel and the possible cooperation with Milan and Kosice city regarding management systems.

Field visits were held at the Saigon Hi-Tech Park and the Quang Trung Software Park. Both areas are instrumental in enhancing the the technological and intellectual base of the city. Through a system of Open Smart City, stakeholders will be encouraged to participate in consultative debates on the future development of the city and companies will be given the opportunity to propose projects for implementation.

Deep discussions were held at the head quarters of the IT company FPT, which has an own investment in Kosice. FPT representatives explained to the European counterparts the smart city applications developed for HCMC and possible cooperation projects with the European cities. 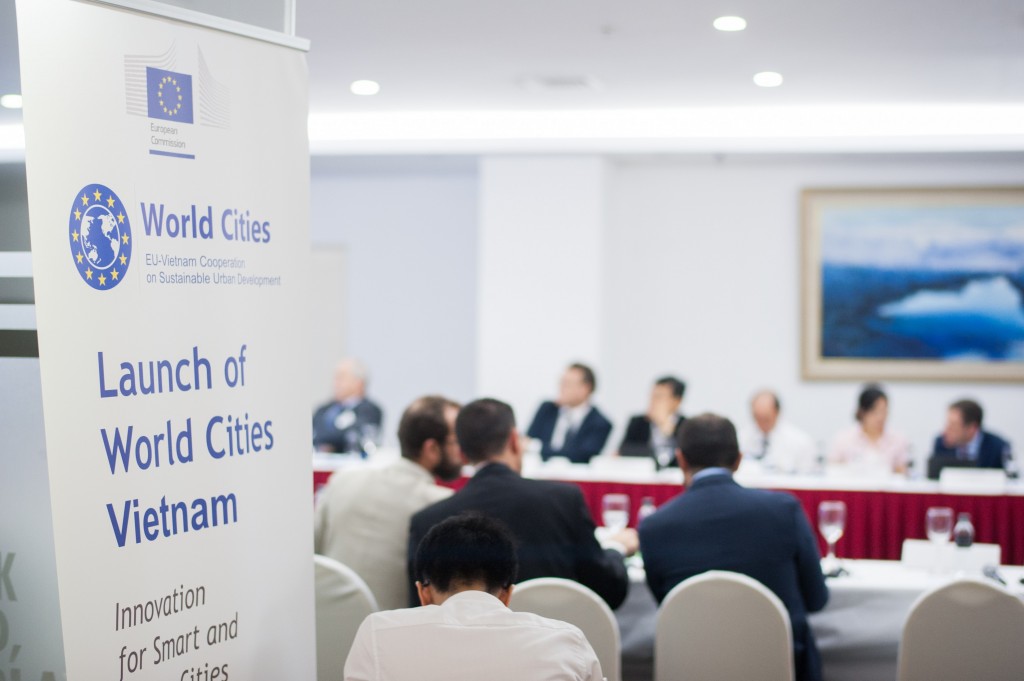 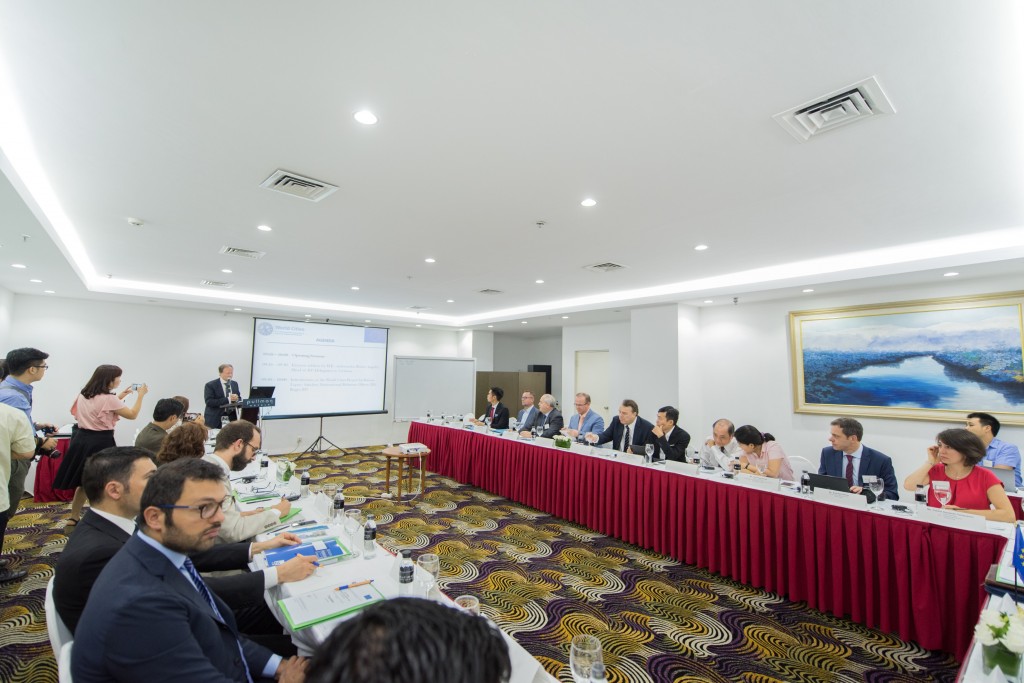 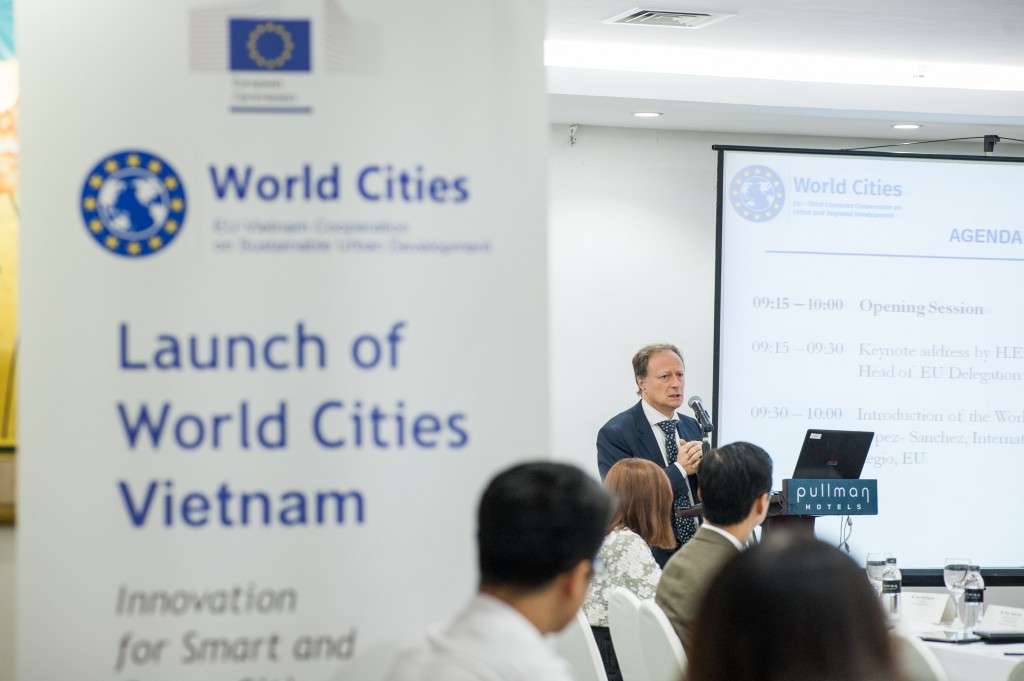 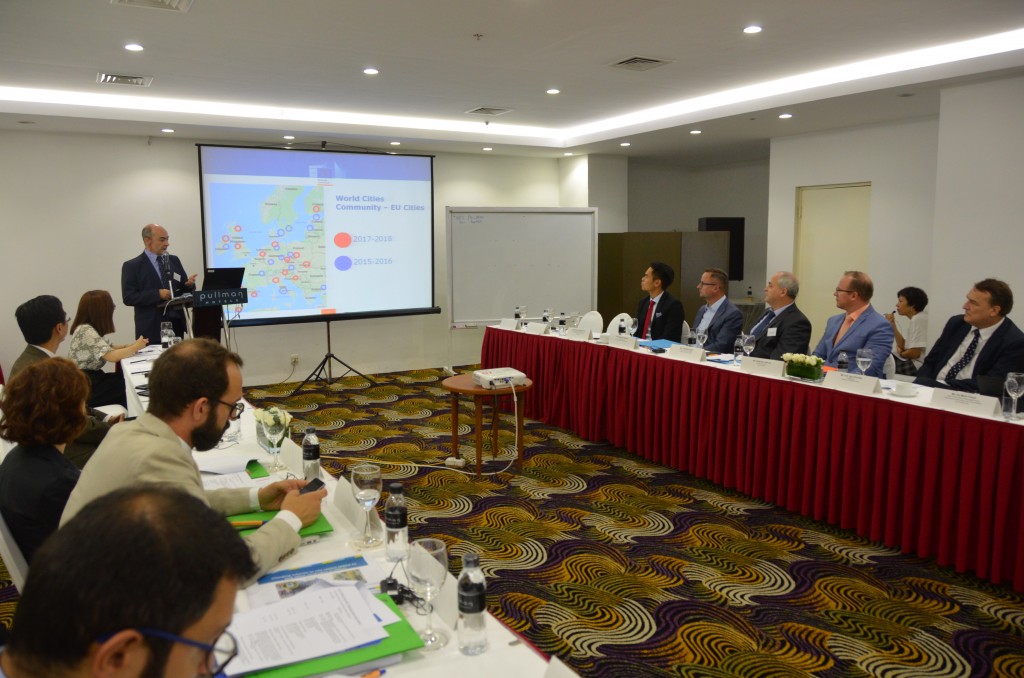 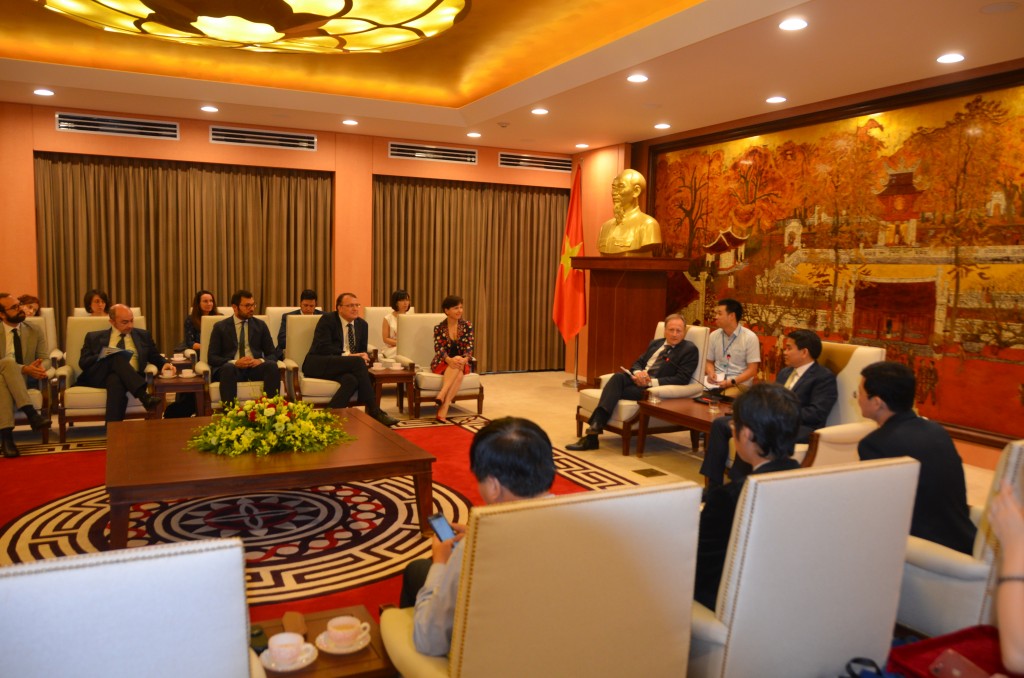 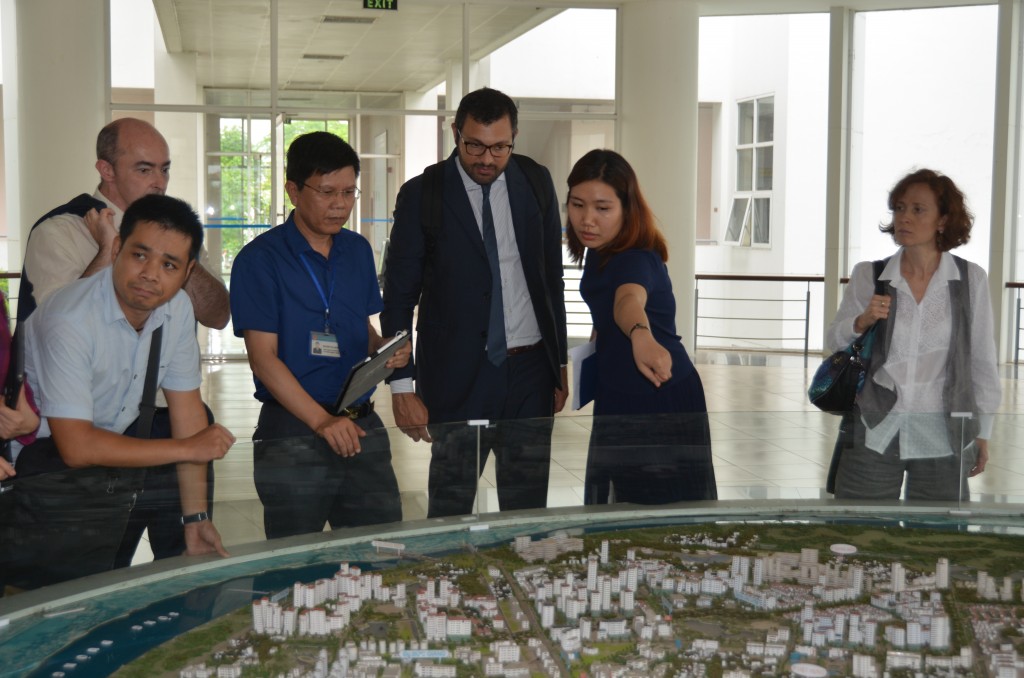 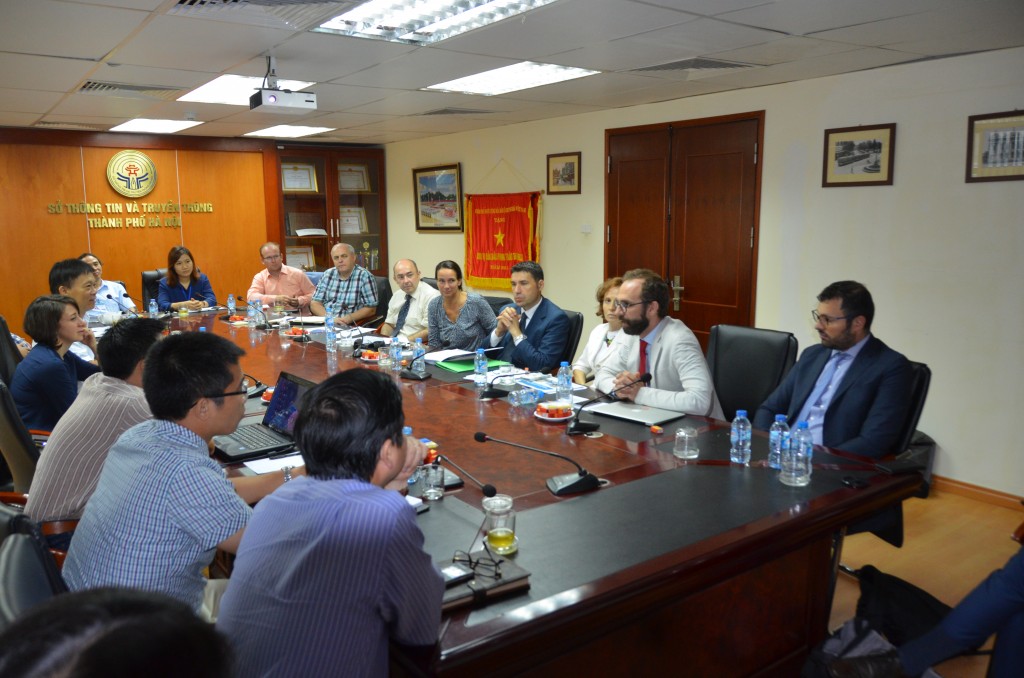 Work meeting with different departments of Hanoi, including ICT, environment and transportation. 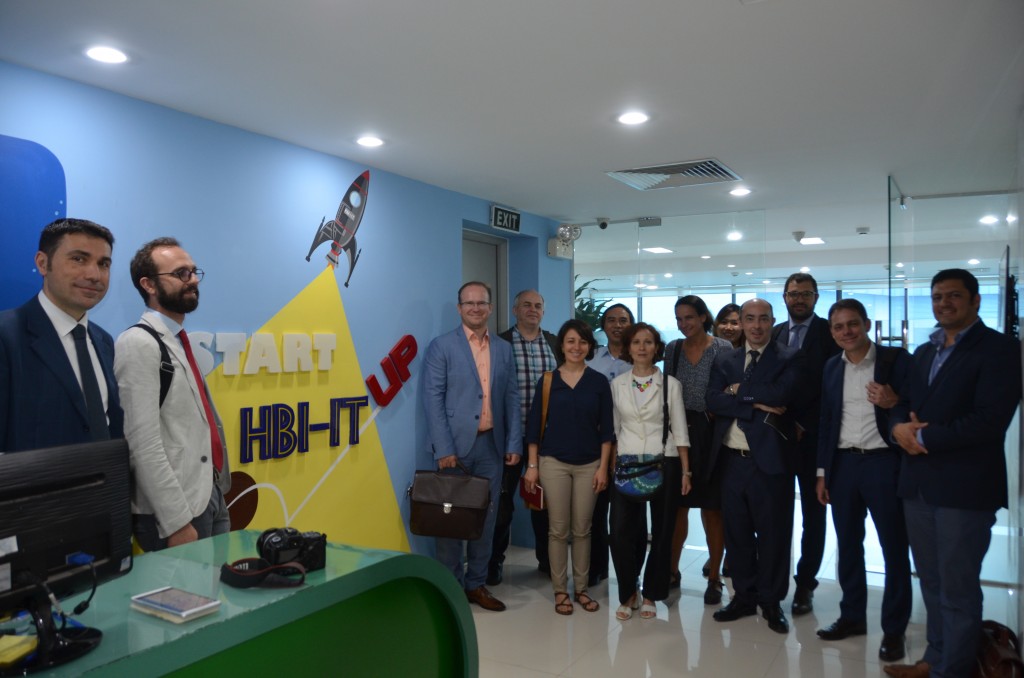 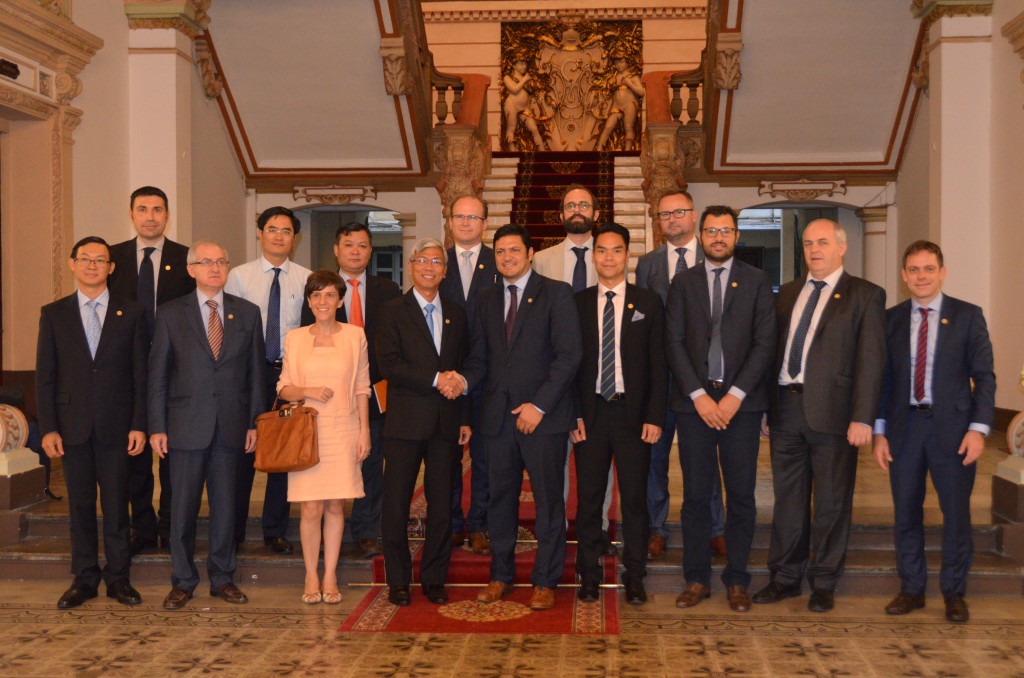 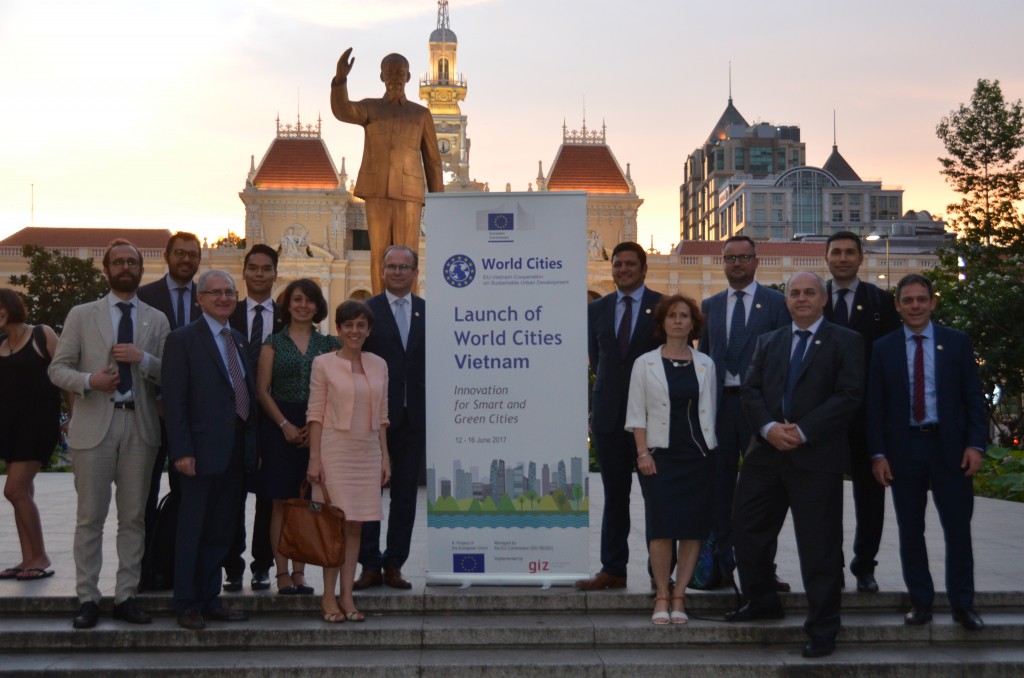 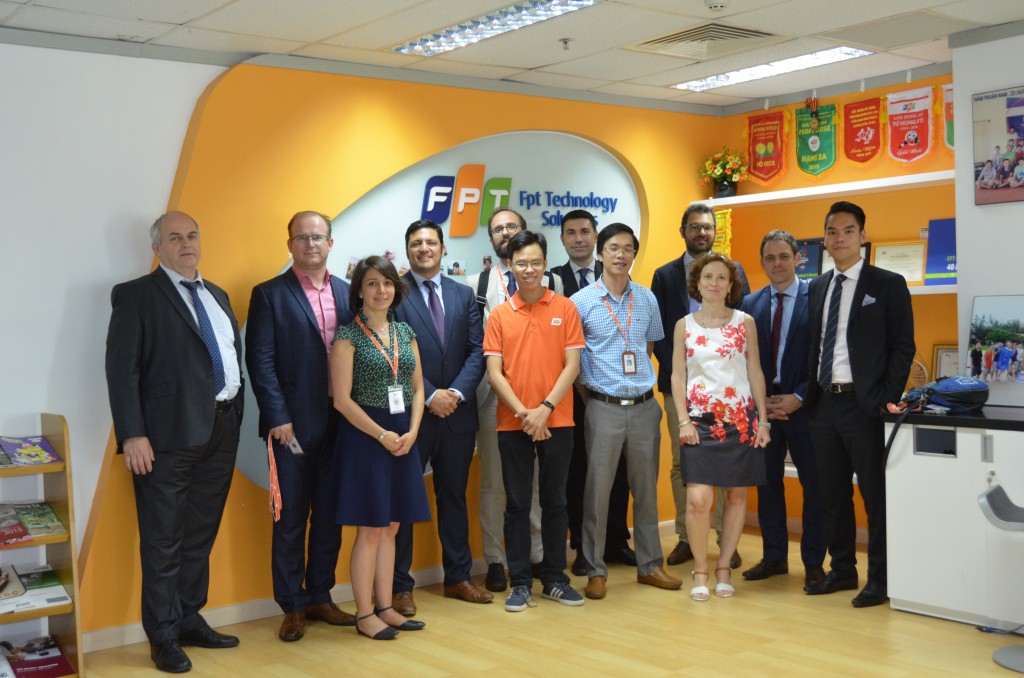 Meeting at innovation centre of FPT 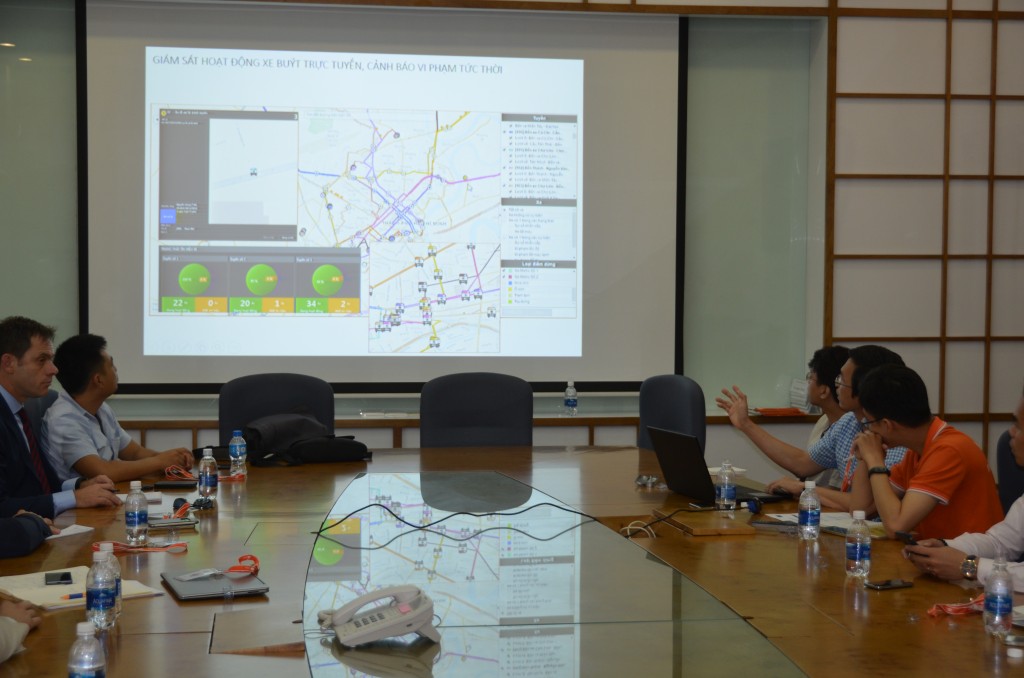 Meeting with FPT experts about HCMC software for traffic management

More details on the Visit of World Cities to the Quang Trung Software City (QTSC).