Prior to the closing event in Busan, three delegates from Scotland met their counterparts in Suwon:

After a round of introductions moderated by Suwon Ms. Oh Seon-Hwa from the Hwaseong Management Office, gave a presentation about Hwaseong Fortress, its history, destruction and restoration. Ms. Oh highlighted on the one hand the advantage of existing detailed records from the building phase of the fortress in 1794-1796, on the other hand she mentioned that identifying the right materials for the restauration remain a challenge. For example it’s difficult to find the right mixture of sand and binding material for the bricks of the wall. According to Christopher McGregor, Historic Environment Scotland (HES) faces a similar challenge when restoring historic sites in Scotland. In his presentation, Christopher gave explained his teams’ work, especially highlighting activities in regard to 3D laser measuring of historic sites. HES also conducts educational programs for elementary and high school students and utilizes 3D models as well as storytelling to teach cultural heritage.

HES and Suwon would like to finalize the draft MoU in the coming weeks. One activity based on the MoU can be a technical workshop restauration – finding the right material and techniques to restore heritage sites. Suwon is also very interested to learn more about HES educational programs.

The discussion was followed by a guided tour through Hwaseong Fortress.

Mayor Yeom Tae-Young received Scotland’s delegation and emphasized that Suwon is thankful for the cooperation and committed to continue it. Based on the – soon to be signed – MoU both partners can strengthen their collaboration and conduct further joint activities in the future. Mayor Yeom Tae-Young briefly mentioned the key initiatives in his city that include eco-mobility, urban revitalization and cultural heritage preservation.

Suwon gave a presentation about Suwon’s urban challenge of urban decline. The inner city that surrounds the Hwaseong Fortress has suffered a decline in the early 2000s as many residents moved out to live in newly developed apartment complexes in other districts. This led to vacancies and a decline of the ‘old’ part of central Suwon. In recent years Suwon has initiated an urban regeneration strategy that has already resulted in positive effects to strengthen the local economy and attractiveness of the city center.

The presentation was followed by a presentation given by Martin McKay, Clyde Gateway Glasgow.  Clyde Gateway is Scotland’s biggest and most ambitious regeneration programme. It is a partnership between Glasgow City Council, South Lanarkshire Council and Scottish Enterprise, supported with funding from the Scottish Government. The aim of the project is to lead the way on achieving social, economic and physical change across the communities spanning over an area of 840 hectares in the East End of Glasgow and in Rutherglen, over a 20-year period until 2028. The area is abundant in opportunity and primed to continue to build on the Legacy aspects of the 2014 Commonwealth Games.

Korean and Scottish representatives agreed to explore cooperation in the urban regeneration area and to organise a workshop in Brussels and in Scottland during  the EU Week of Cities and Regions (8-12 October 2018). Korean delegates were particulary interested in inmovative schemes for muncipal financing, the establishment of triple-helix clusters and the cooperation among universities. 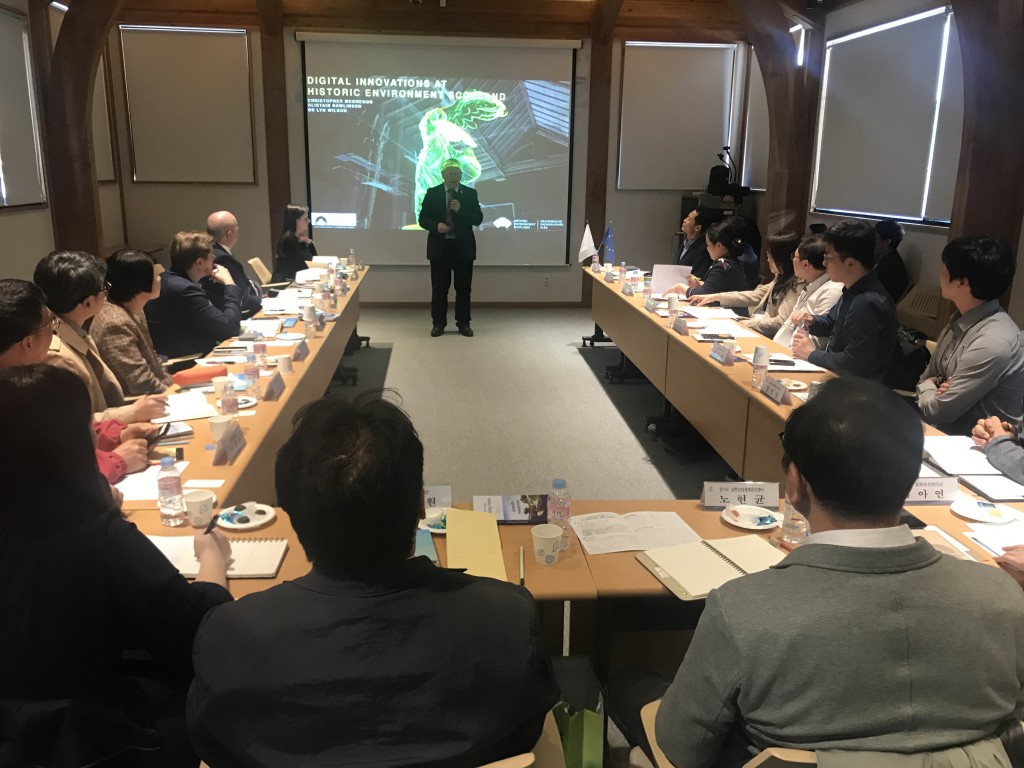 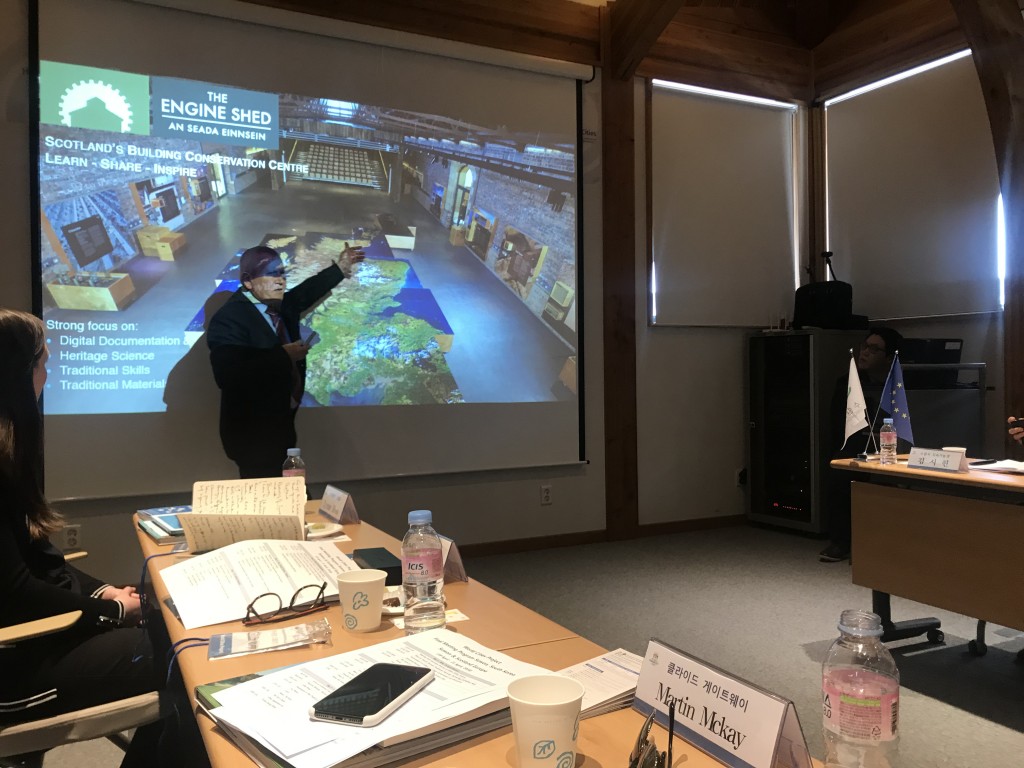 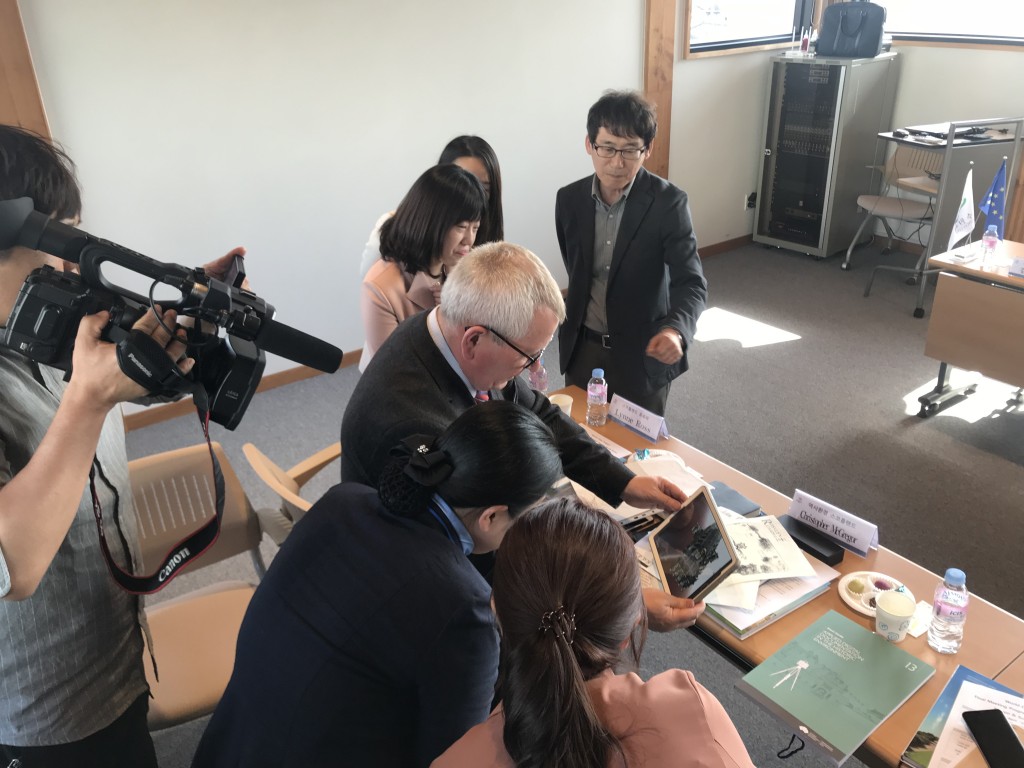