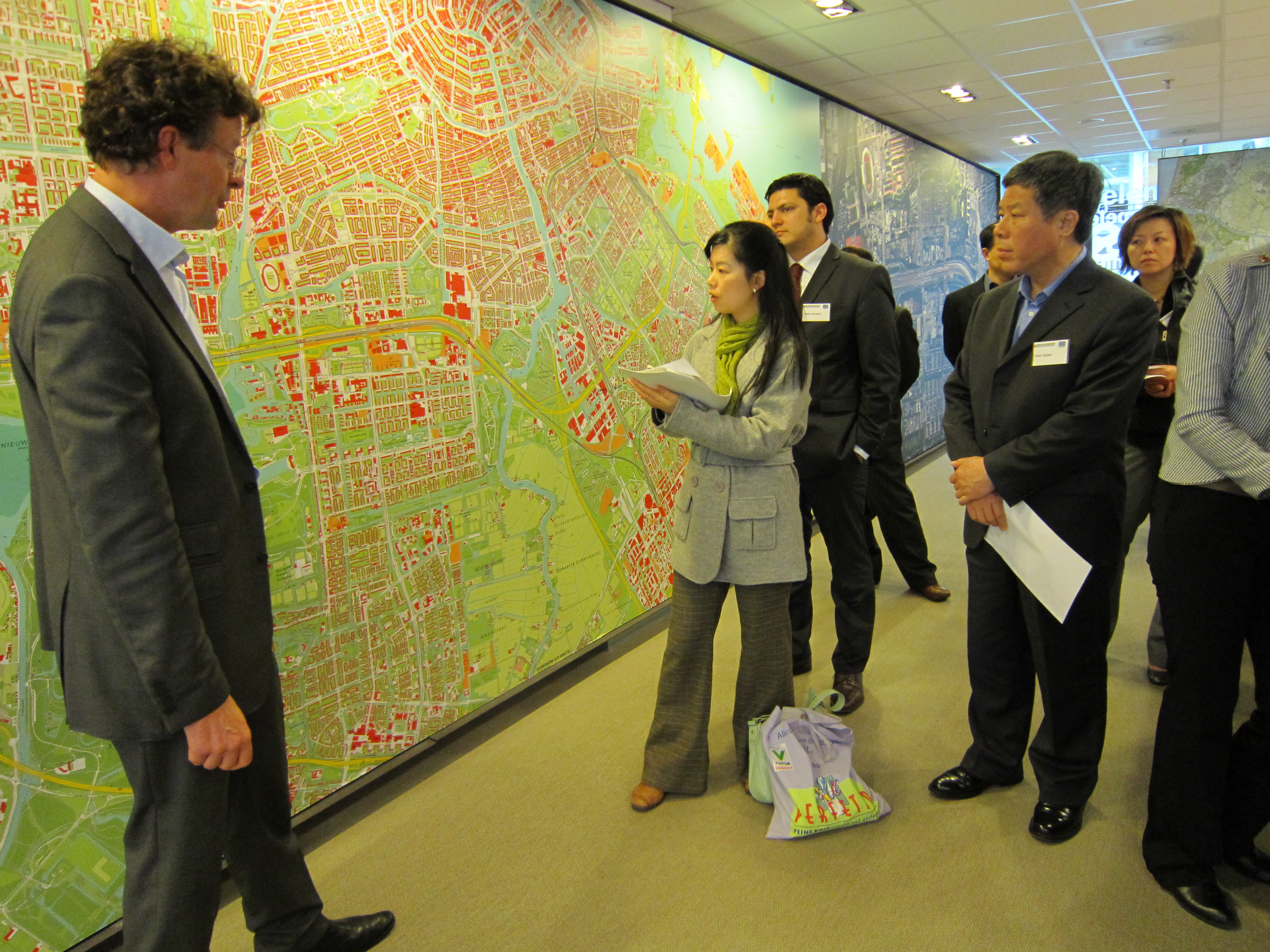 This information session for 20 Chinese representatives of the National Development and Reform Commission (NDRC) was jointly implemented by GIZ and the City of Trier from 18 to 31 March 2011.

The countries, cities and rural areas visited during the information session were chosen in coordination with DG Regio giving participants the opportunity to get exposed to a representative cross-section of European regional development areas. In order to deal with the issues of urban-rural relations, the programme included the visits of the City of Trier, the CityRegio Aachen and the CityRegio Amsterdam in Western Europe. In Eastern Europe, the programme included the visits to Prague, Ostrava and Krakow.

The City of Trier was chosen as location for the introductory part of the information session during the first day due to its role as partner in the consortium and its regional linkages with the neighbouring countries Luxembourg and France. The Department for Urban Development and Statistics of the City of Trier referred in the keynote speech to the relevance of education, training and research for sustainable urban and regional development, taking the ECER project as example.

The City of Aachen was chosen due to both, its cross-regional dimension at the border between Germany, Belgium and the Netherlands, as well as due to its cooperation framework between the urban and the rural areas. The rationale behind was to show some best practices on urban-rural cooperation. Against this background, the delegation was able to visit the Eifel Initiative, a joint project organised by the City of Aachen aiming at strengthening regional added value, competitiveness of companies and establishing networks for innovation.

The visit to the Amsterdam (see picture above – ZUIDAS) and its metropolitan area was selected by the consortium in order to reflect the cooperation between major urban hubs and rural and theirs rural spokes in Europe. The CityRegio Amsterdam plays here a key role, especially with regard to transportation and spatial planning. Moreover, the City of Amsterdam is currently implementing major urban development projects, including the South Axis. Its cutting edge solutions on sustainable transportation and regional planning were also a major reason for including the city of Amsterdam in the programme.

The visit to the Prague grounded on the role of the National Government in shaping and implementing regional development policies in the Czech Republic. The City of Prague is a key hub for regional development in Eastern Europe and the visit was also useful in order to analyse the relationship between the urban area and its peripheries. As a region facing serious regional development challenges and implementing some cross-border projects, the consortium also proposed to visit the City of Ostrava. Experiences of the Regional Operational Programme Moravia-Silesia were particularly interesting for programming the visit.

Close to the Czech border, the Krakow is the third biggest Polish city and one of the most important economic development hubs. A visit to the city allowed participants to analyse the Malopolska Regional Operational Programme 2007 – 2013, a master plan for implementing regional policy. Finally, participants were also able to visit successful projects co-financed by the European Regional Development Funds.

The overall rationale of the programme was to ensure a truly European programme, showing the striking differences of regional development between rural and urban areas in Western and Eastern European countries.

Details on the programme cen be accessed here: