The project facilitated the exchange of information and good practices on regional and urban development policy issues. Cooperation was based on the identification of pilot regions and cities and the development of concrete actions, for implementation in the short-term, in areas including urban innovation (smart-city) and green technologies (energy efficiency, low carbon development). Intervention areas were decided by the involved cities/regions, with strong support of the project team, and in coordination with the EU Commission (DG REGIO), the EU Delegations in the respective countries and national authorities of the non-EU countries where relevant.

During 2017-2018, working meetings and pilot projects were developed between cities from the EU, Australia, the Republic of Korea, South Africa, Indonesia and Vietnam.

The programme developed a collaborative online platform (forum) to facilitate the exchange of information and good practices between EU and non-EU cities. Project cities cooperate based on similarities between their thematic areas, experiences, and goals; communication with all cities in the exchange provides additional opportunities for collaboration and potential for new ideas. 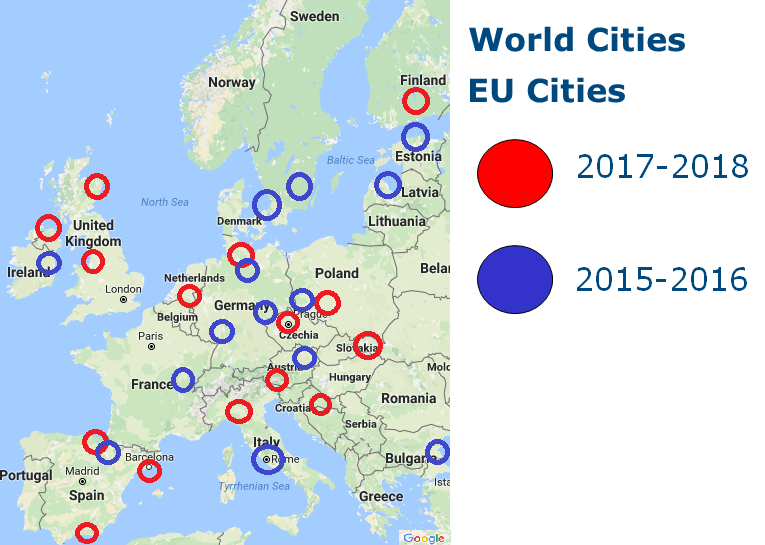 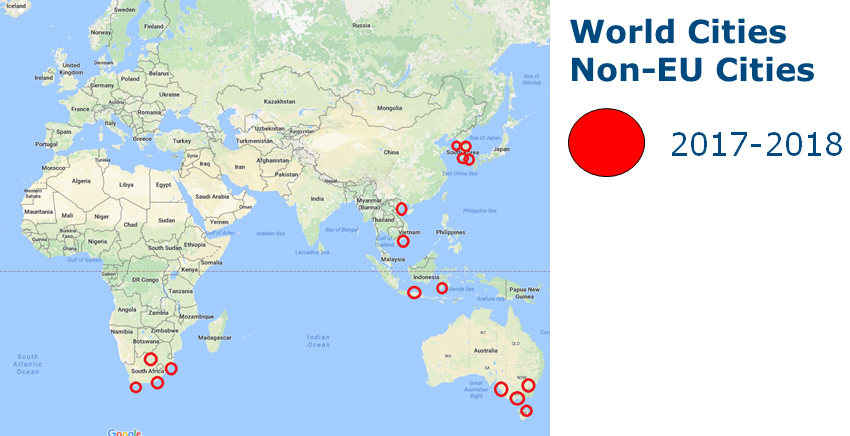 This website includes also reports of the activities implemented from 2010-2014 as part of the information sessions on regional policy, which included exchanges with China (2010-2014) and Ukraine (2011).