EU’s Delegation Deputy Head Mr. Geurts referred to the high level of urbanisation in the EU and to the unique pace of Indonesian urbanisation, from 15% in the 1950s to nearly 60% currently. This rapid urbanisation brings along the challenge of job creation and preservation of cultural heritage. Particularly Indonesian cities offer best practices for the co-existance of social and cultural values.  Mr. Guerts referred to the importance of decentralised city-to-city cooperation as a mean to boost sustainable urban development by achieving win-win solutions. Additionally Mr Geurts referred to the newly launched Global Covenant of Mayors and the International Urban Cooperation (IUC) programme as a mean to support its implementation in Indonesia. 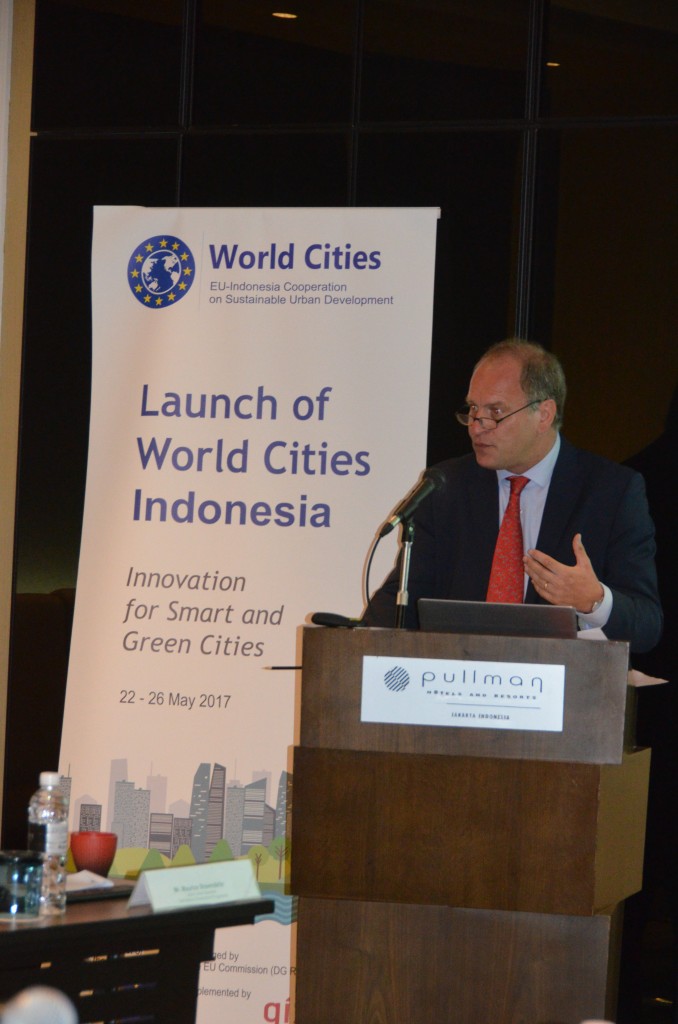 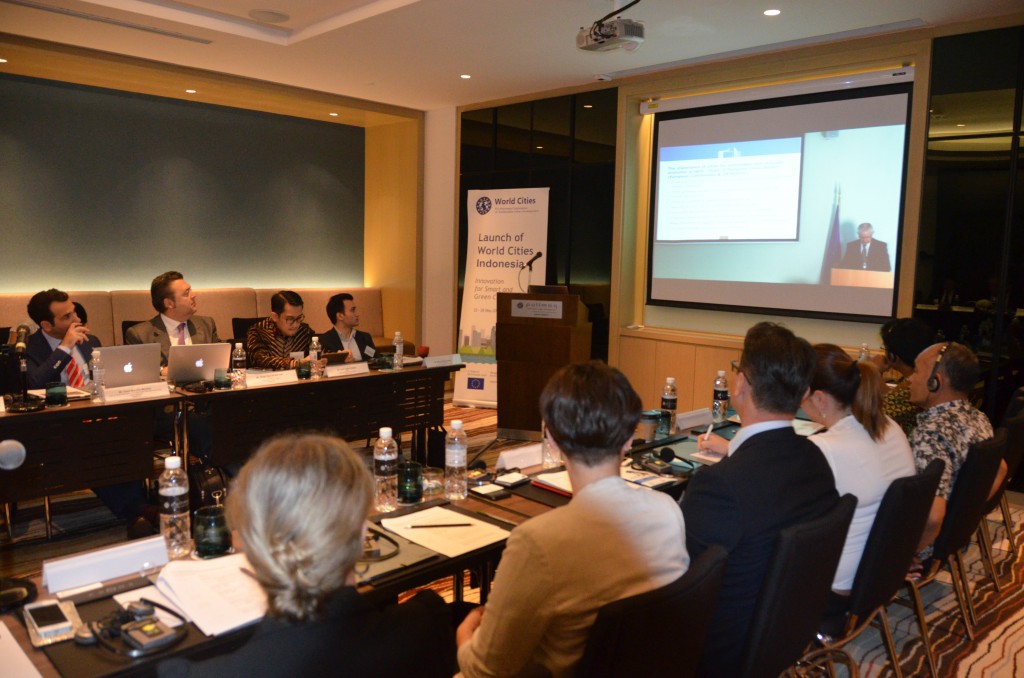 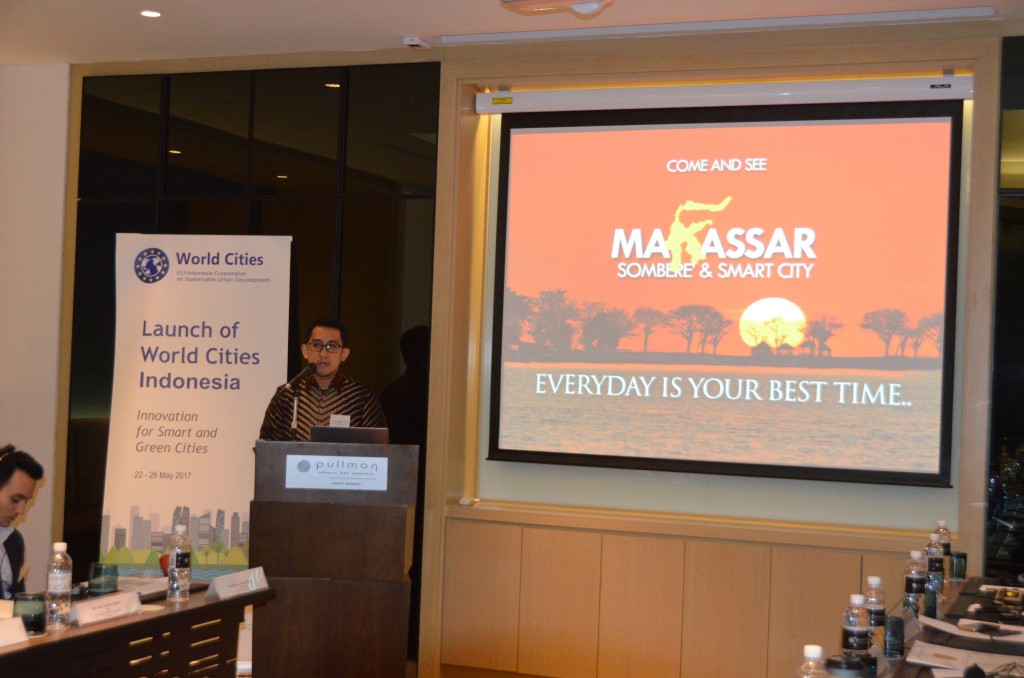 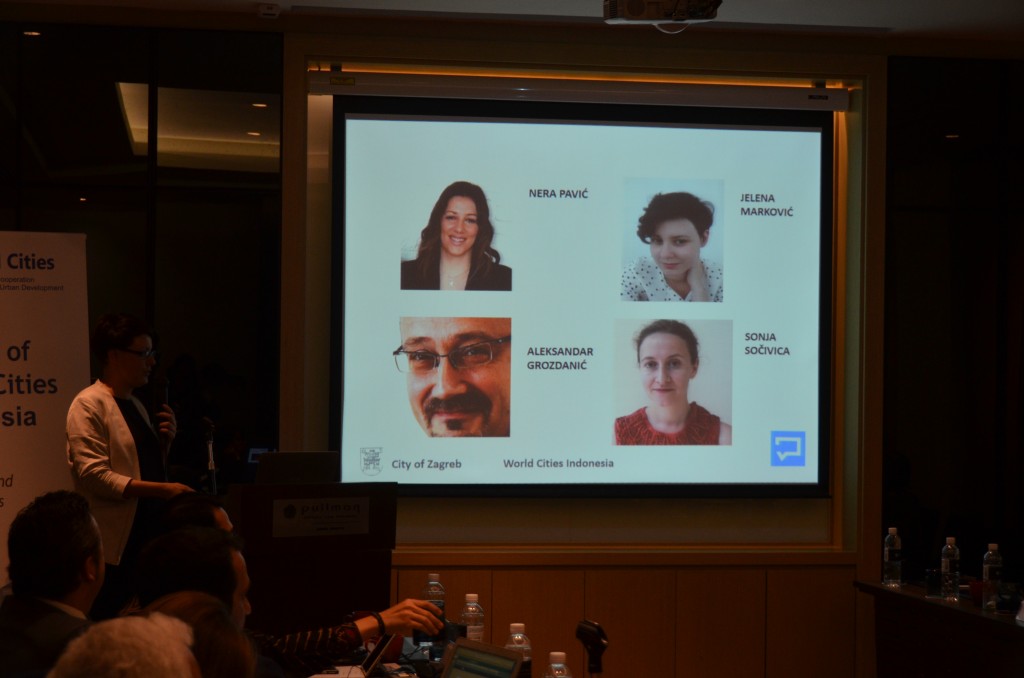 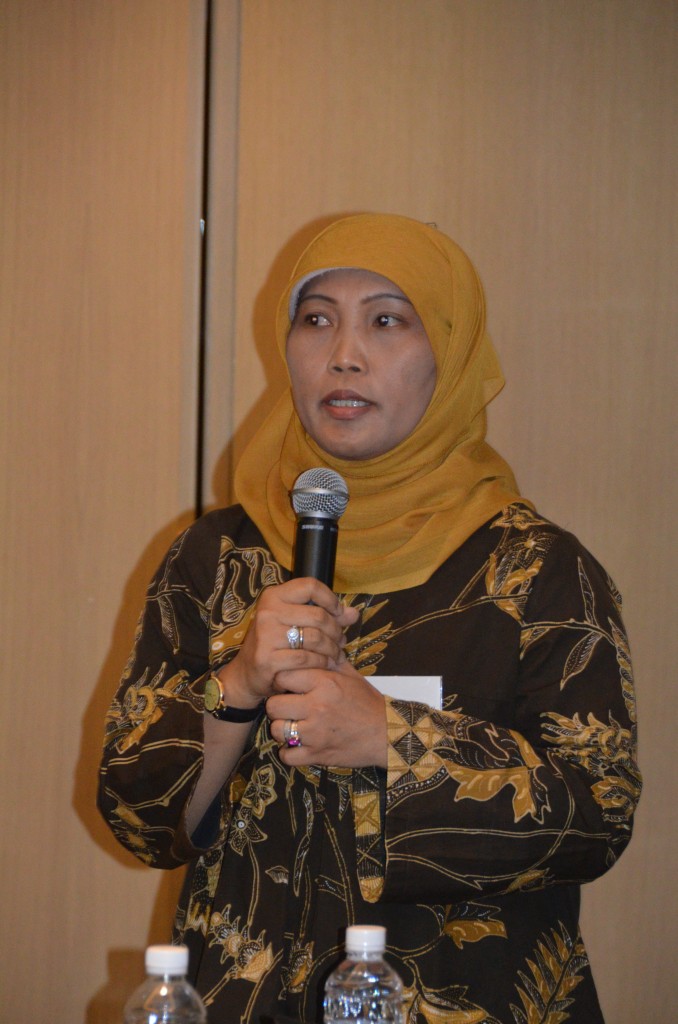 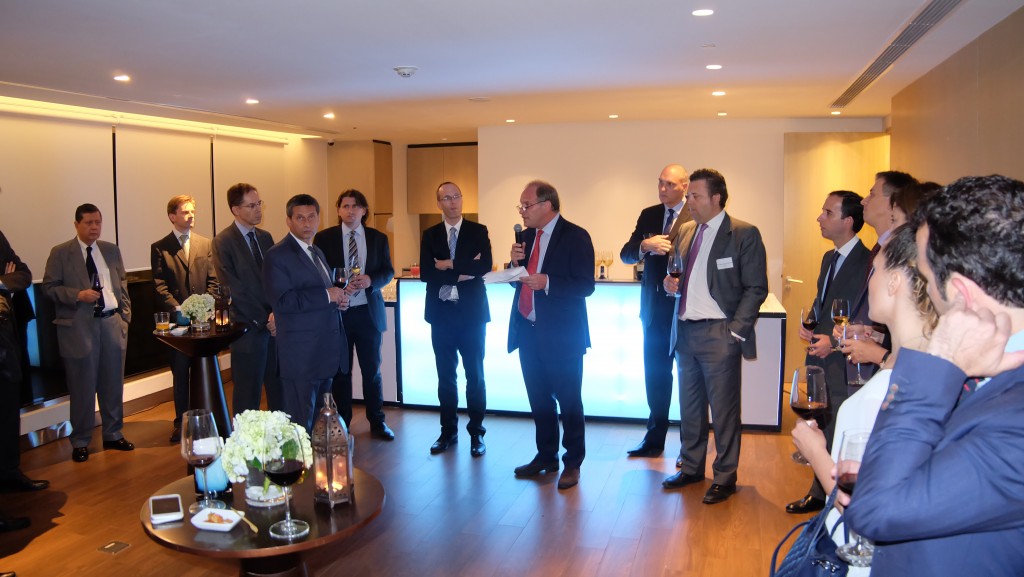 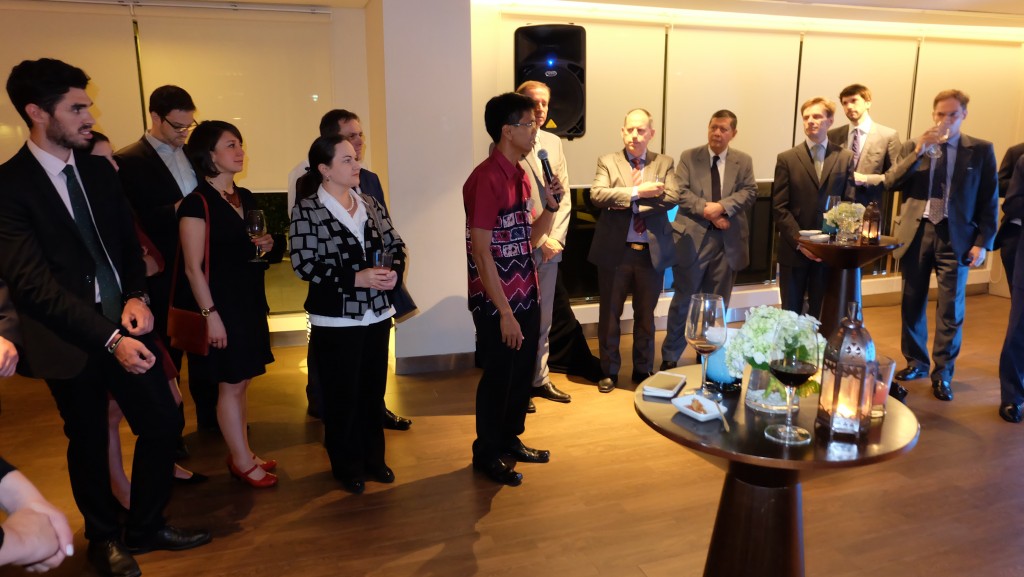 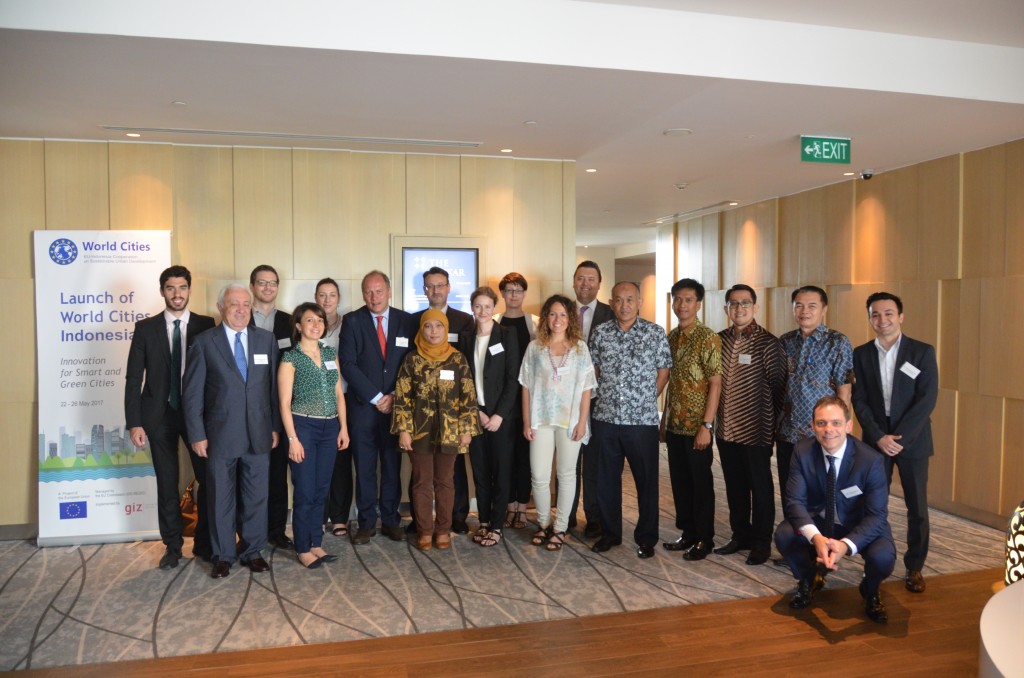