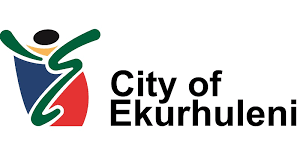 The seat of Ekurhuleni Municipality’s administration is Germiston. The municipality developed from a history of several small mining towns and is now a logistics hub of the country, with the main aiport O. R. Tambo International Airport being located here and a good road and rail connection to Ethekwini’s harbour.

Ekurhuleni Metropolitan Municipality has drafted its Growth and Development Strategy 2055 which articulates five leading strategies: re-urbanising, re-industrialising, re-generating, re-mobilising and re-governing. The CSP support to Ekurhuleni falls within the re-urbanising strategy. It comprises a combination of “generic” and specific support offerings. The generic support refers to what the CSP offers to all cities in the form of leadership courses, workshops, and various reform initiatives. Specific support is focussing on supporting the Tembisa Kempton Park Integration Zone through assisting with improved planning, catalytic project packaging and implementation, investment promotion and institutional reforms including transversal and knowledge management.

The main sectors of focus are industrial development, agriculture, tourism and Aerotropolis.

The main areas for cooperation are:

1)       Urban renewal which focusses on reinventing cities. Cities in the EU have gone through continuous reinvention and metamorphoses. There is wisdom generated anytime a city undergoes changes either through demolition and reconstruction or reinvention.

3)       Urban Design as a tool to reinvent cities and to create cities is an essential tool for urban development or development in general. This is a key learning area for Ekurhuleni Municipality as the city tries to reinvent itself. It would be important to gain knowledge on transforming urban design plans to reality basically implementation of plans.

In the World Cities project, Ekurhuleni is collaborating with the Austrian city of Graz.