City managers from Korea and the EU jointly developed toolkits to mainstream the international urban sustainable development framework (EU and UN Urban Agenda) into concrete projects for the cities.

After bilateral meetings in Korea and Europe during 2017, cities representatives have – for example – developed Letters of Intentions (LoIs) or Memorandum of Understanding (MoUs) to ensure long-term cooperation. Seoul und Eindhoven`s MoU will focus on sharing expertise on intelligent urban lighting and interoperability of urban lighting infrastructure as well as launching a global living lab on smart urban lighting. They also seek to work together on social innovation and e-voting for citizens engagement.

Busan and Barcelona have agreed to work on smart city and smart transportation. Moreover, Busan seeks to co-host the Smart City Expo, the world’s flagship event in this area that takes place annually in Barcelona. Cooperation with the universities and business communities from both sides includes focuses on the areas of renewable energy, ICT smart-city solutions and public transportation.

Gwangju and Tampere are working together on urban innovation including the promotion of start-ups and joint activities between their incubators and accelerators in areas relevant to green mobility, energy efficiency and air quality. They also seek to establish a collaboration office to coordinate activities with shared interests between subprograms. The office should act as central contact point for all stakeholders and will seek continuously new interesting collaboration areas and effective collaboration methods.

The Suwon and Scottish cities representatives, for their part, are focusing collaboration on the urban regeneration (including brownfield-sites) and the development of cultural heritage. Senior experts from Suwon City and Suwon Research Institute have been inspired by Engine Shed, a building conservation centre in Stirling, which houses teams of science conservation and digital documentation. Cooperation would include the creation of a science lab in charge of digital storytelling of relevance for Suwon’s Hwaseong Fortress, a UNESCO World Heritage Site.

Dr Ronald Hall, Principal Advisor for International Relations at the EU Directorate General for Regional and Urban Policy in Brussels, underlined that the programme offers a unique opportunity to the four Korean and European cities to be part of a large network of 32 cities in the EU as well as in Australia, South Africa, Indonesia and Vietnam, which are the other country partners for the EU for the World Cities project.

Dr Ronald Hall underlined, “In both, Korea and the EU, cities face similar challenges in areas like economic development, social inclusion and environmental sustainability. Our policies will be successful only if they are successful in our cities. This is why it is important that we share our knowledge and experience on urban policy, and our examples of good practice in fields such as urban mobility, social inclusion, energy efficiency, urban-rural relations and good urban governance. The EU regional and urban policy invests over 50 billion euros annually in supporting European regions and cities and we, on our side, are keen to share the results of this experience. Our aim is to build a long-term cooperation platform between the EU and Korea in an effort to address more effectively the major urbanisation challenges of the 21st century”.

He also underlined that “through this city-to-city cooperation, a knowledge base has been developed on urban policy solutions, with concrete examples of actions undertaken. Secondly, economic opportunities have been created for companies, including start-ups and SMEs, on both sides providing the goods and services for urban development”.

Additionally, Dr Hall spoke of the new EU Urban agenda in accordance with the UN Habitat III and its continuous effort to further promote the international outreach of the EU’s urban agenda, especially with the Korean partners. The project is implemented in Korea by the CityNet and the Ramboll. 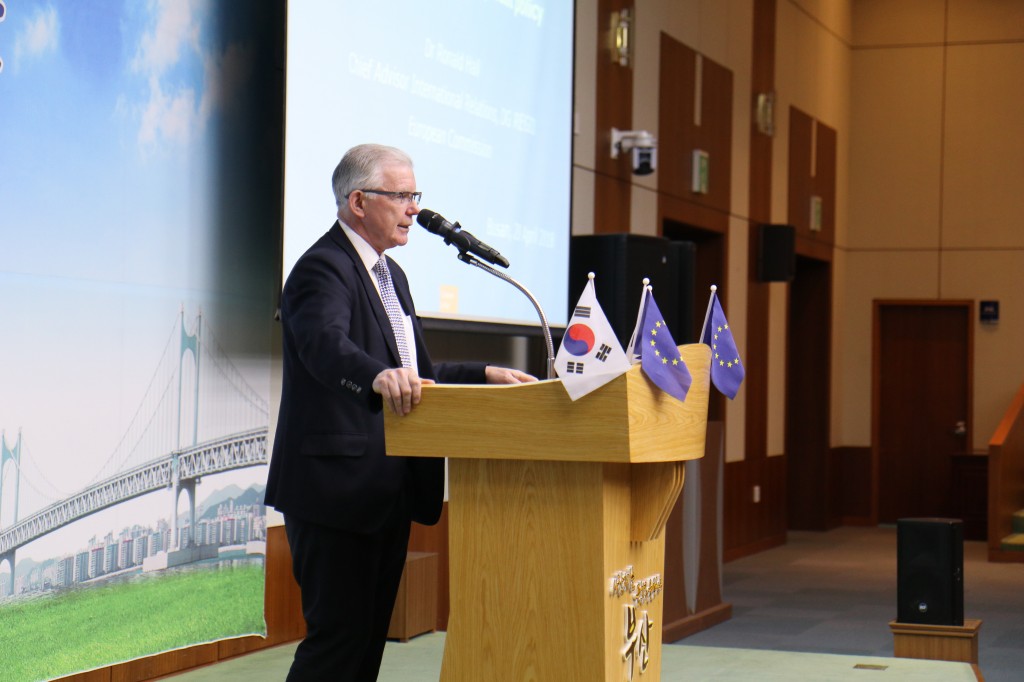 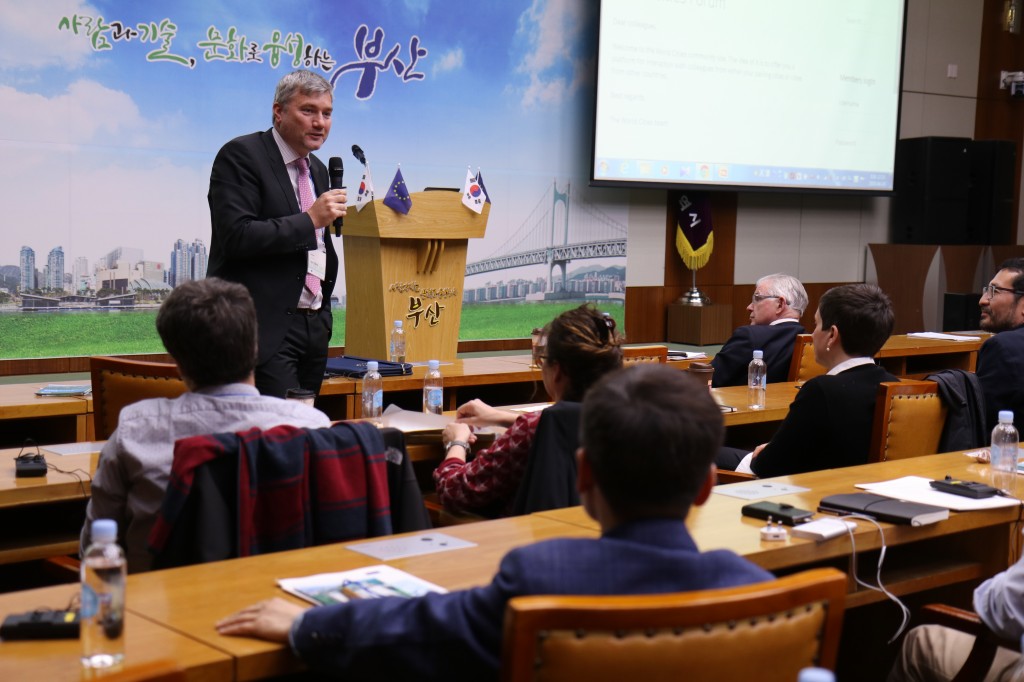 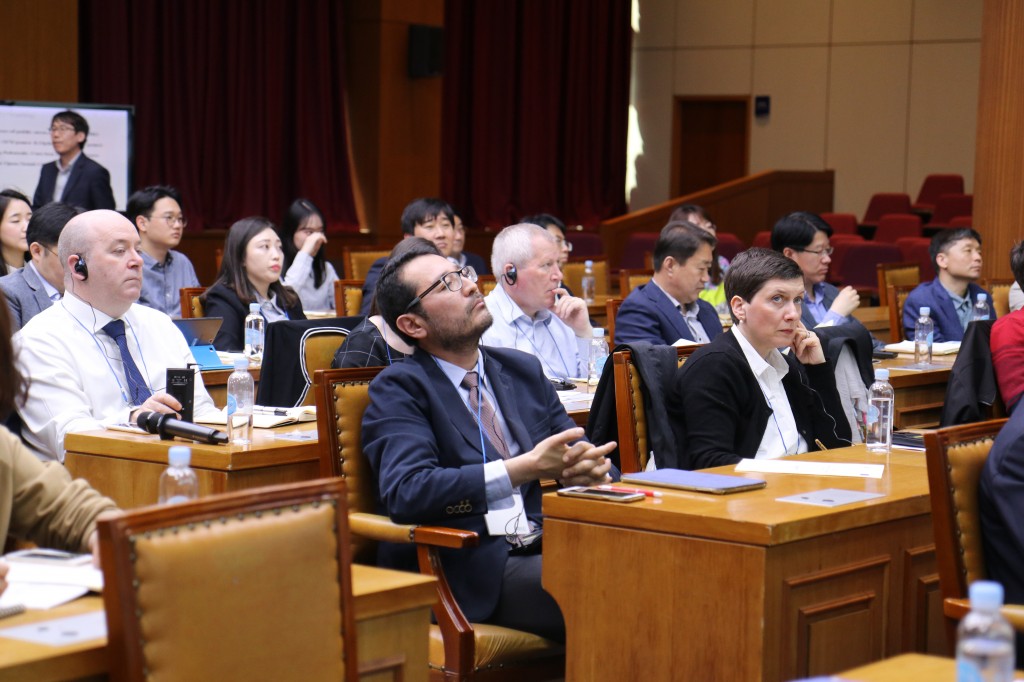 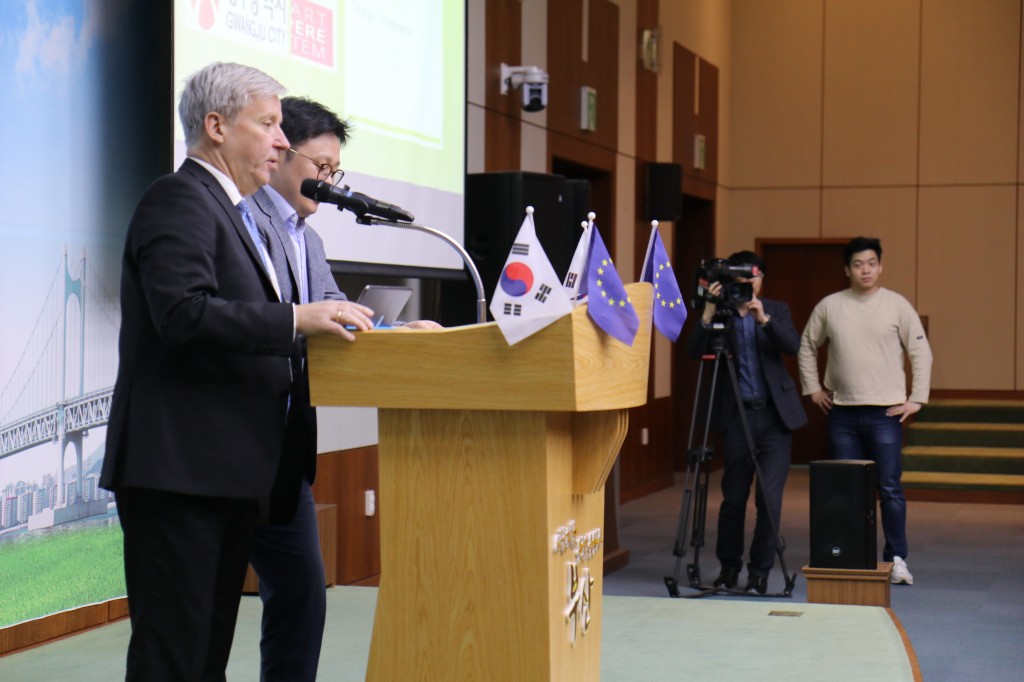 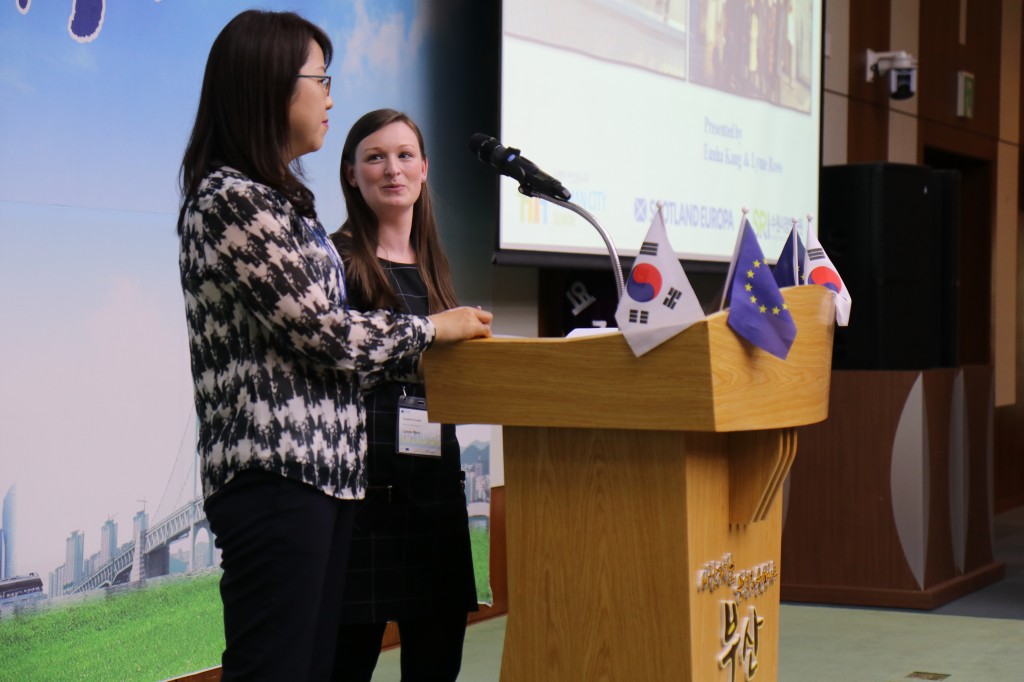 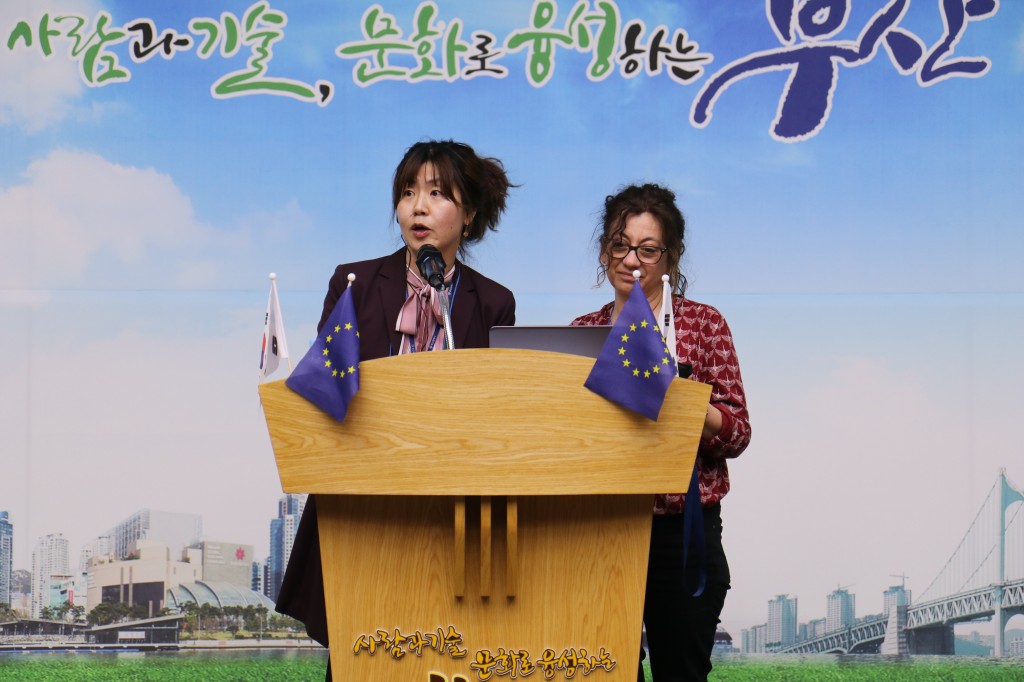 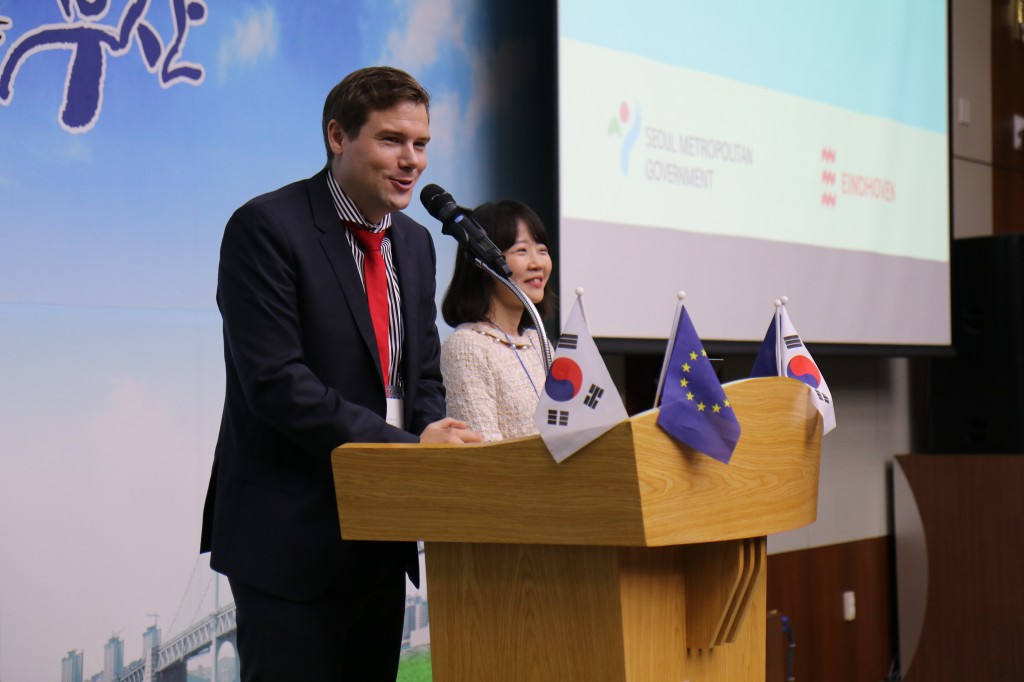 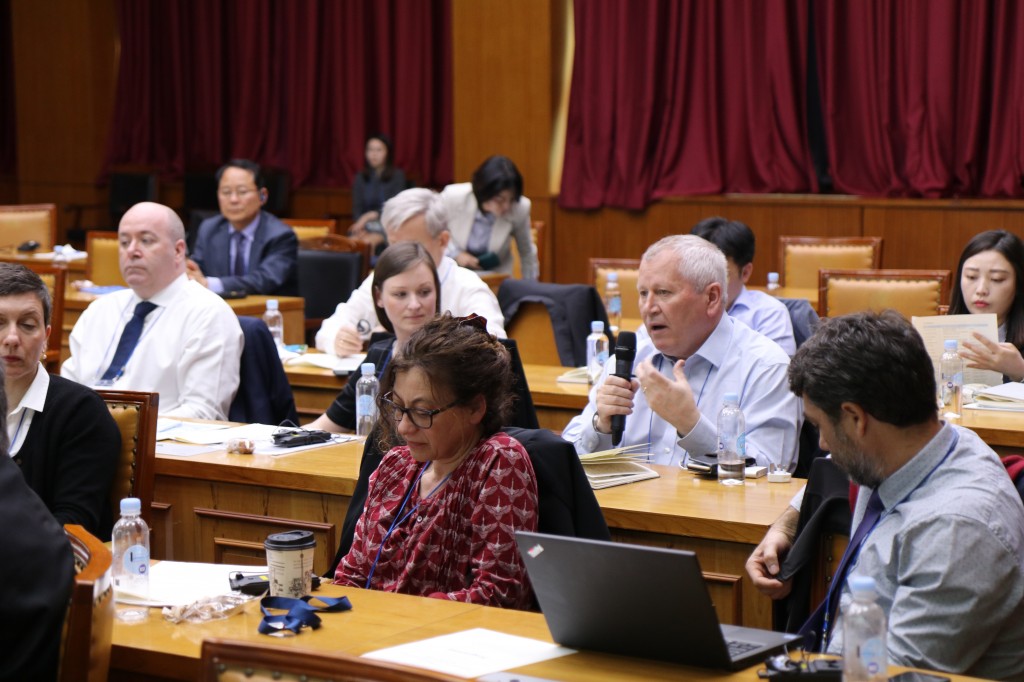 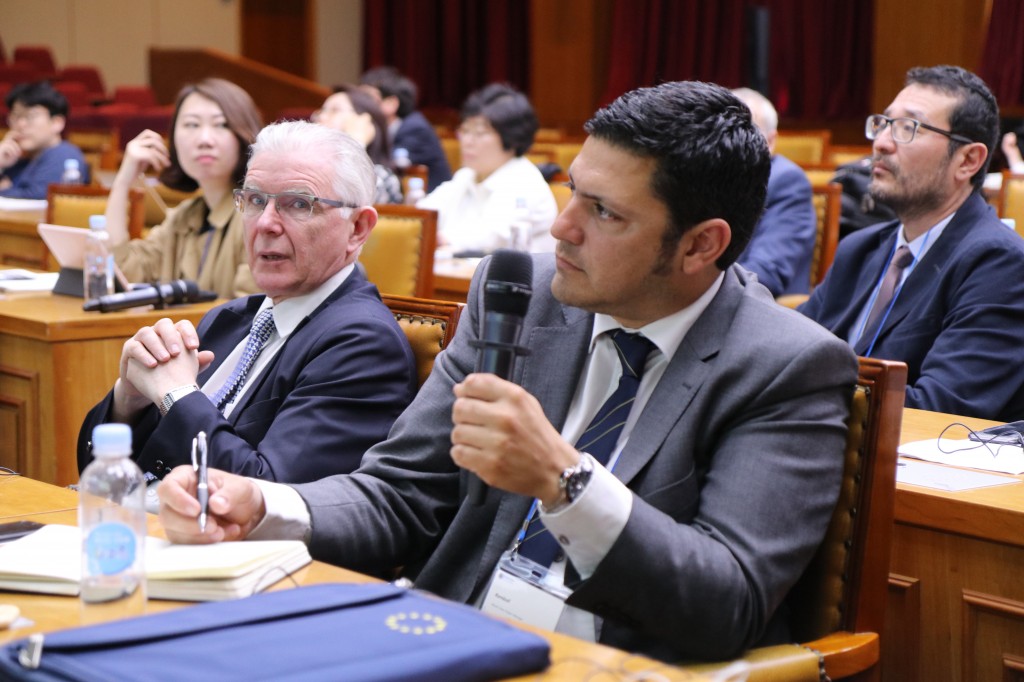