This follow-up visit is part of a series of events that have been developed by the World Cities project. Cooperation with Semarang might be formalised through a memorandum of understanding (MoU) which is planned to be signed in March 2018.

The report below has been prepared by the delegation from Semarang, consisting of:

From Semarang city, we have mentioned that related to climate change, we have done several things, including joining Rockefeller Foundation in 100 RC Programm and preparing document of Regional Action Plan for Climate Change 2010 – 2030 as one of our commitment in handling climate change . 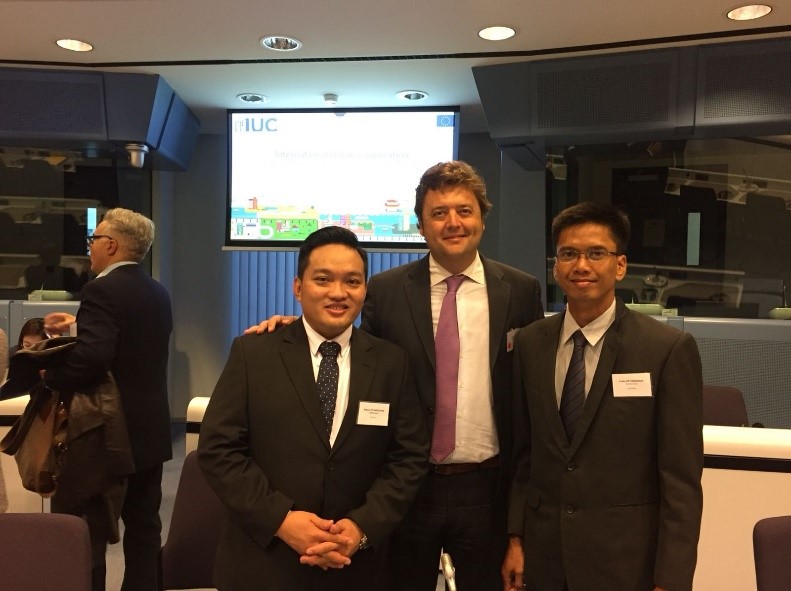 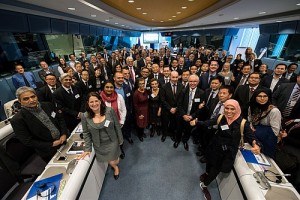 1) Participation at the seminar “World Cities: Innovation for Smart and Green Cities” on Monday, November 13th, 2017. 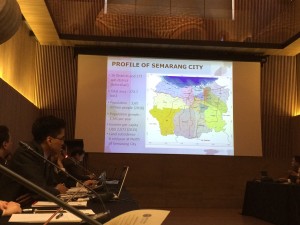 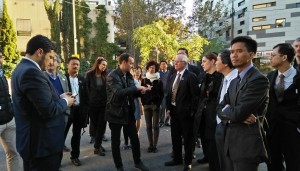 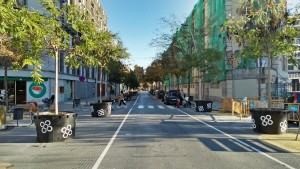 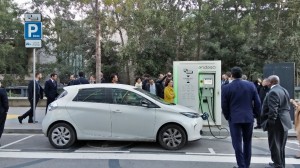 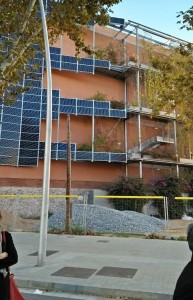 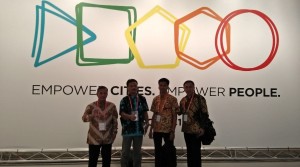 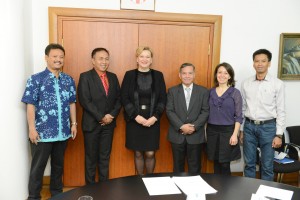 After the meetings in Brussels and Barcelona, the Semarang delegation visited the pairing city of Zagreb. Meetings included the gained from the visit to the city of Zagreb are:

Zagreb Techno Park is owned by Zagreb City Government can be utilized maximally by government, private, and entrepreneur candidate to get stock to entrepreneurship, develop and test try new product and application, and grow economy especially from entrepreneurship sector and creative industry.

In this place, provided dozens of booths, workspace, large exhibition hall, laboratory, playground for children, and other supporting facilities that can be used with many incentives for its users.

In Zagreb Techno Park there are 3 departments, for which the Entrepreneurship Department annually trains 2,700 people to become entrepreneurs and provides material assistance up to 3,000 Euros for initial capital.

In the future will be built 6 other techno park in the city of Zagreb. 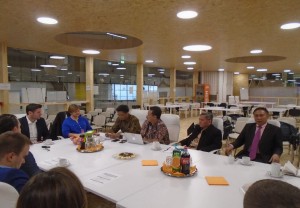 This start-up has developed a solution to overcome the problem of manhole steal, which reaches 500-1000 pieces / year. Devices are attached to the manhole enclosure and connected directly to sensors that can be identified through this particular application. This is useful to prevent loss of manhole cover that may endanger the safety of road users.

Parking management has a long tradition in the city of Zagreb. The city-owned brand Zagreb Parking launched in 2014 a parking payment system via SMS. The parking area is divided into 4 zones with total parking space available around 33,212 units, where there are certain areas that only allow 1 parking vehicle for a maximum of 3 hours, after which it is not allowed to park in the area. This is notified to the driver via SMS. The Zagreb Municipal Government owns eight parking buildings that are managed professionally.

For vehicles that violate the parking time, the owner will get a ticket card provided by the parking attendant.

As for cars parked in places that are prohibited, the officers go immediately to the car and give a fine ticket to the owner who can reach Rp 2.100.000,00.

To provide convenience for electric vehicle owners whose numbers are increasingly growing day by day, Zagreb Municipal Government provides a battery charging facility in its own parking buildings which can be used free of charge. This is an incentive for electric vehicle owners for contributing to emissions reductions. The facility also uses solar panels and LED lights to supply power supplies for battery charging as well as building power requirements.

5)      Takeaways from the visit to the Office of Strategic Development Planning of Zagreb City:

a)       All strategic planning has been assessed as well as the impact on the environment, such as that of the Government of Indonesia through Strategic Environmental Assessment (SEA).

b)    Changes in spatial planning documents are not due to central government policies or other policies, such as in Indonesia, but due to about 10,000 requests from communities and stakeholders related to waste and waste management.

Currently, waste management has been implemented by sorting waste system from household to processing.

As for the processing of waste has been using centralized IPLT with gravity system and pump so that all solid waste from household, office, hotel, and so on have direct to IPLT which have area ± 20 hectare and far from settlement area. In this place all the waste is processed before it will be streamed back to the river. 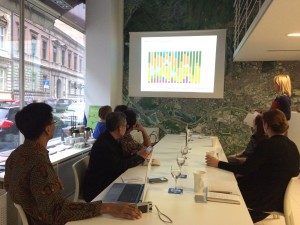 Exposure from Head of Office of Strategic Development Planning of Zagreb City.

6)        Takeaways from the visit to Zagreb City Holding Company:

a)    The company was established in 2005, 100% owned by Zagreb City Government and consists of 8 companies and 1 agency with 16 branches.

b)   The areas addressed are gas, public transportation, waste management, road infrastructure, health, landscaping and park maintenance as well as warehousing and rental of premises.

c)    With the management in some sectors can be generated: 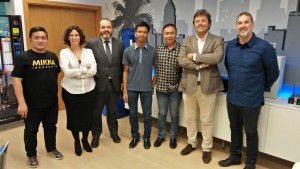 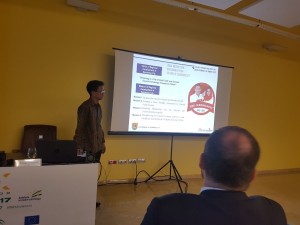 Semarang delegates then traveled to Seville to participate at the 1st edition of Seville’s Mayors Forum. Meetings started with a joint dinner between the Mayor of Sevilla and delegates from cities in Asia, Africa and the European Union involved in the World Cities and IUC projects on November 22nd, 2017.

The 1st Global Local Government Event was opened on November 23rd, 2017. On this occasion, delegates from Semarang City and Makasar City were able to present their urban development strategies and to interact with several other cities. Below an impression of a panel discussion on urban management and smart cities. 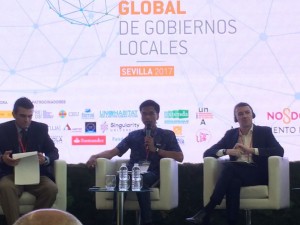 The discussion on the MoU draft will soon be initiated by both cities with facilitation from the World Cities programme considering that the MoU discussions in Indonesia require the involvement of the Central Government. 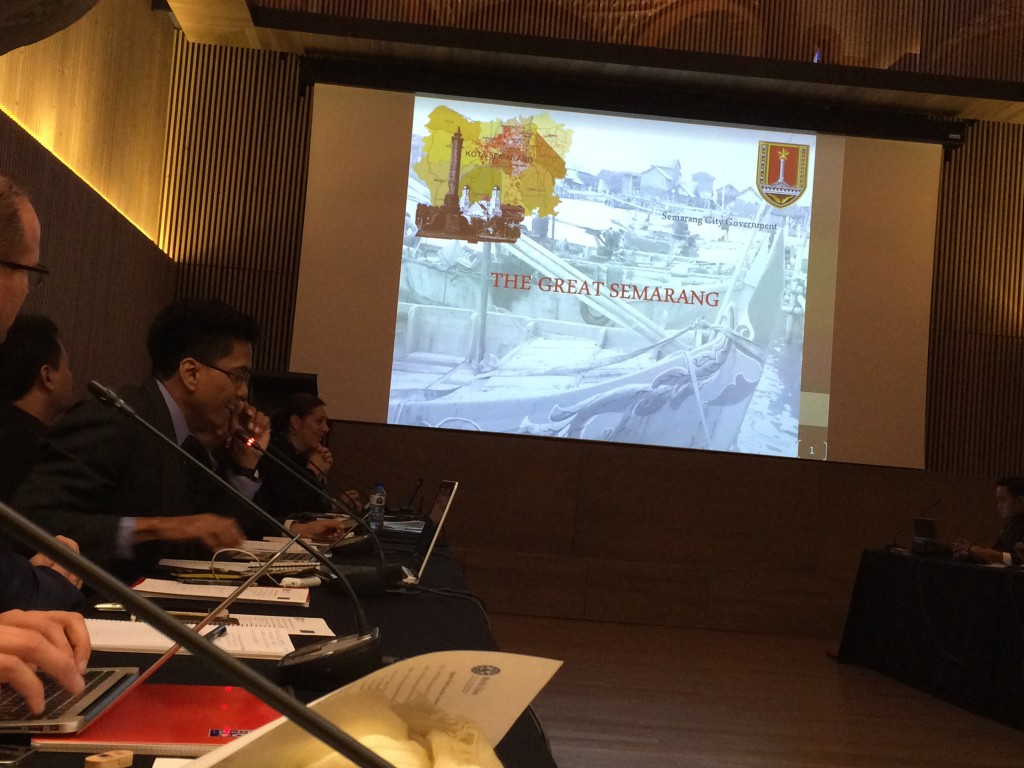 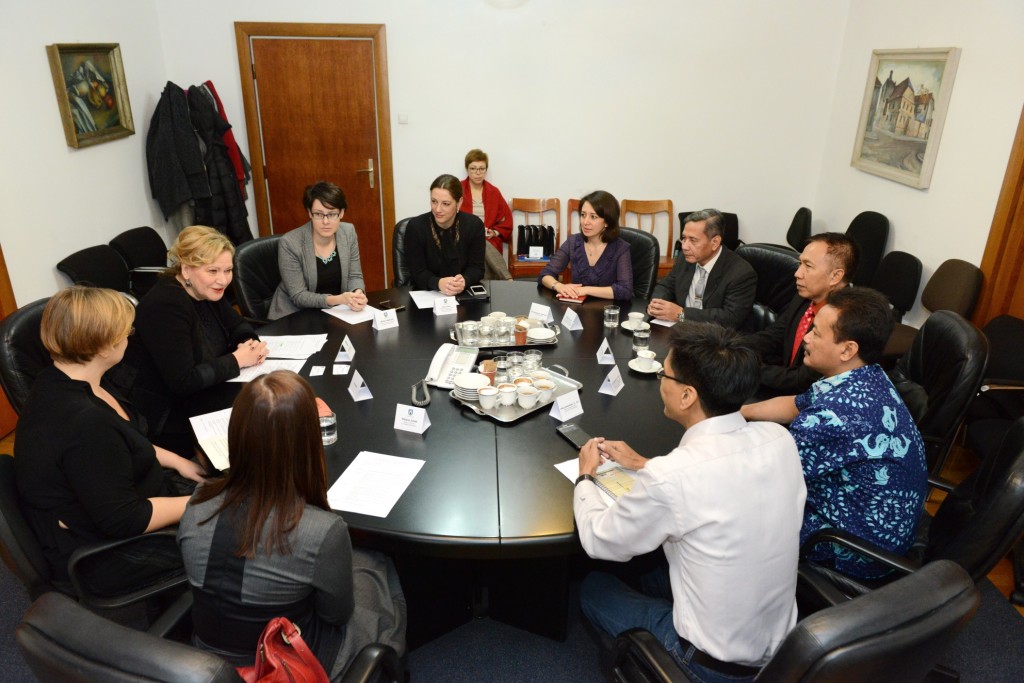 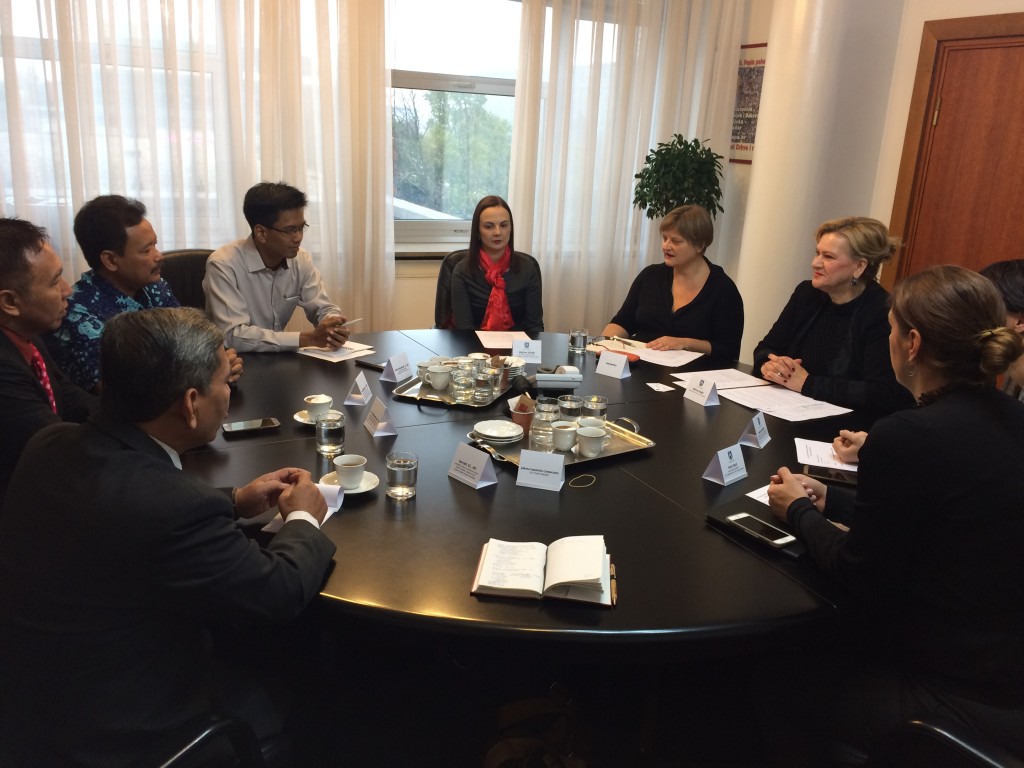 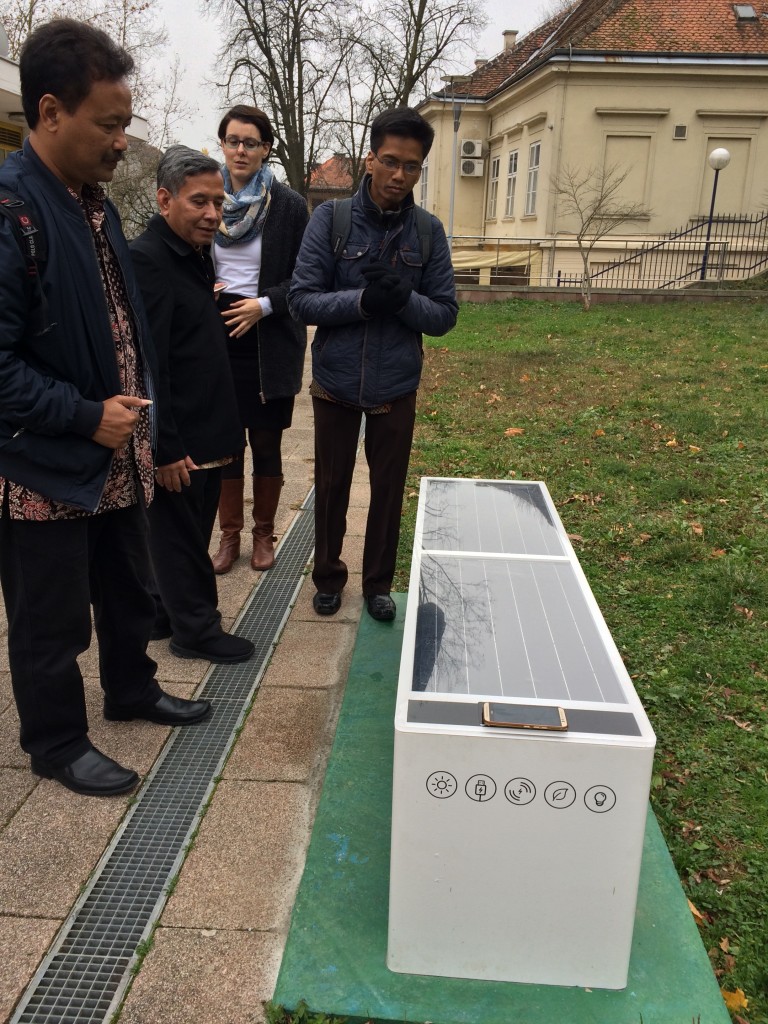 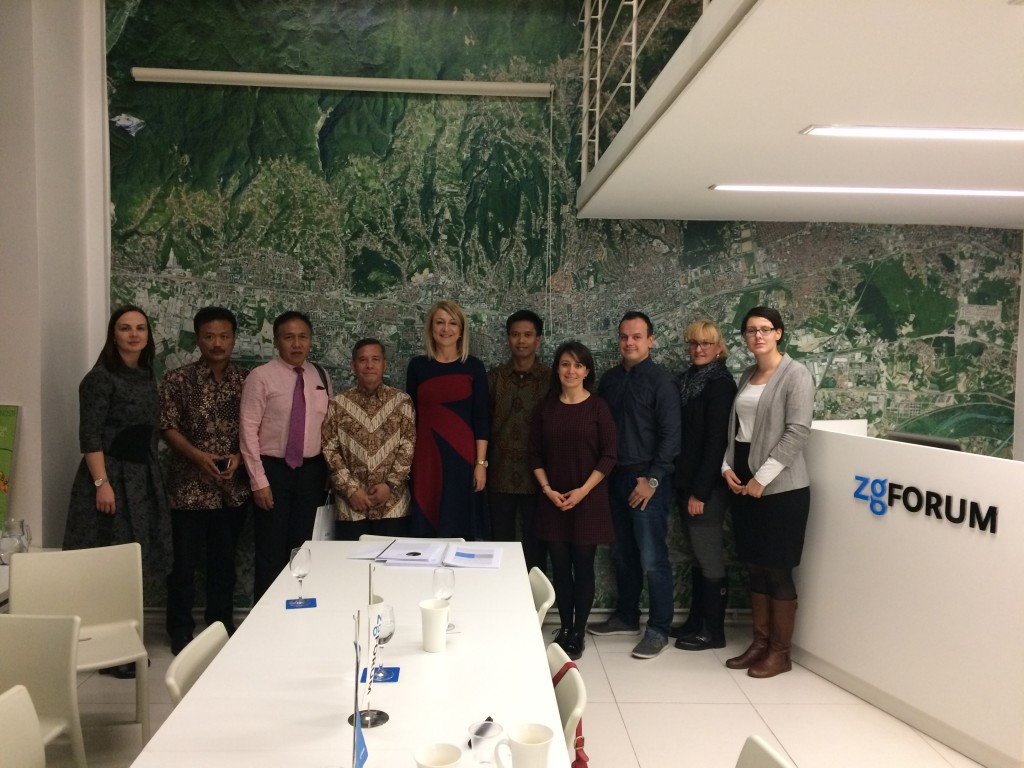 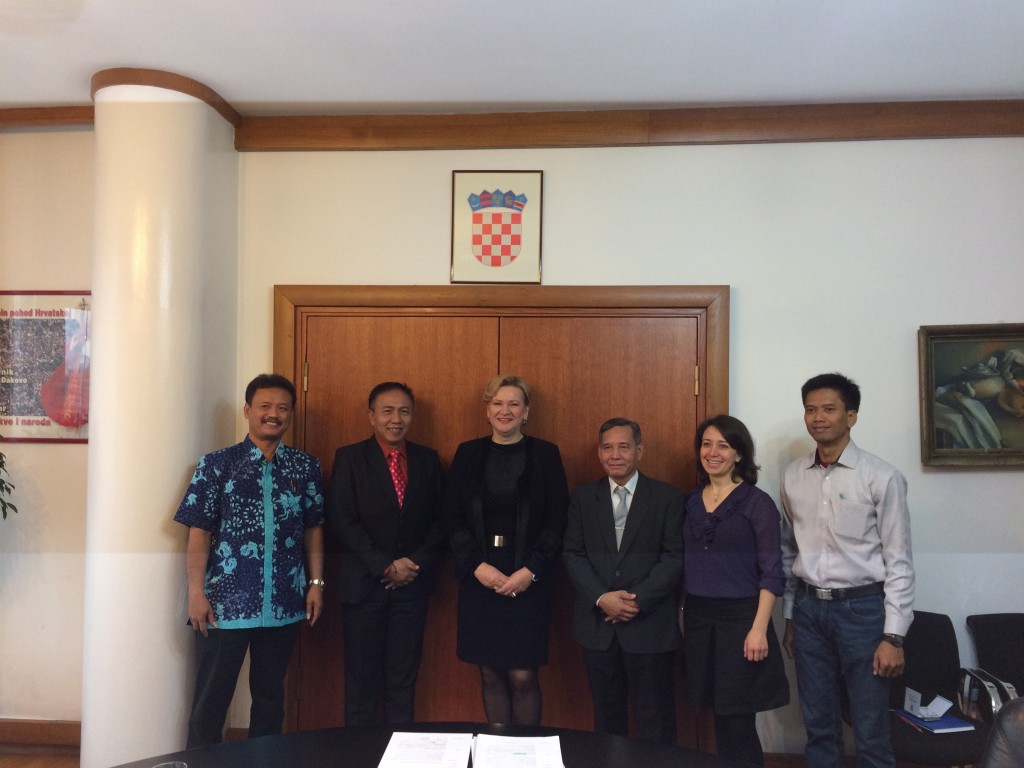 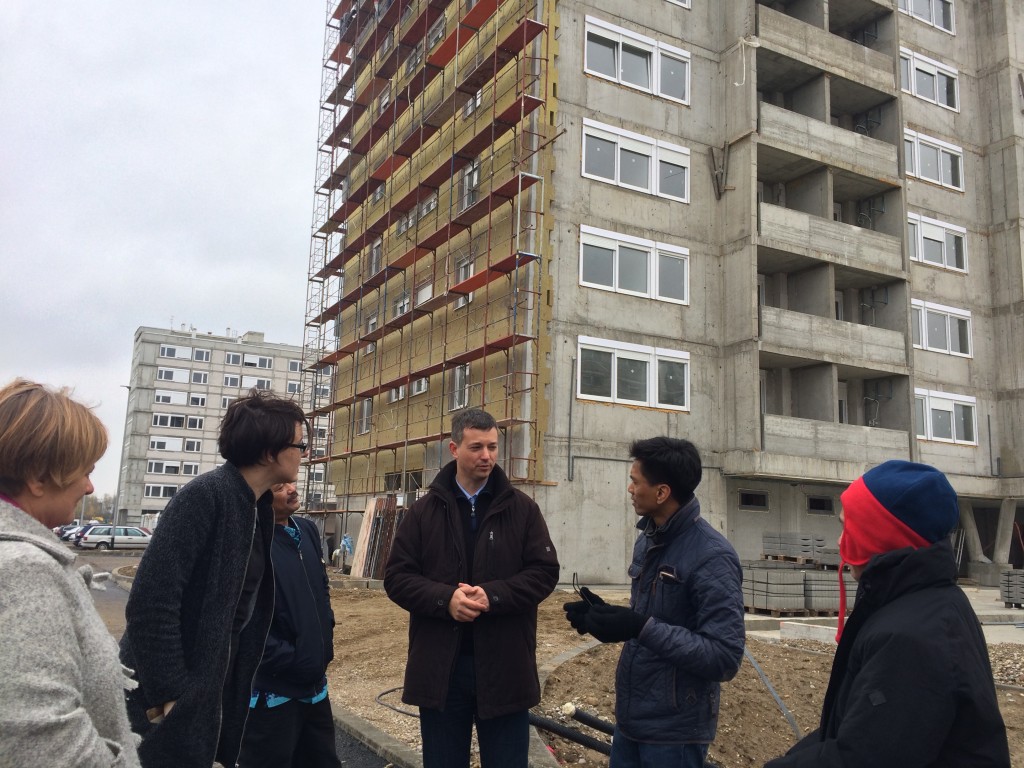 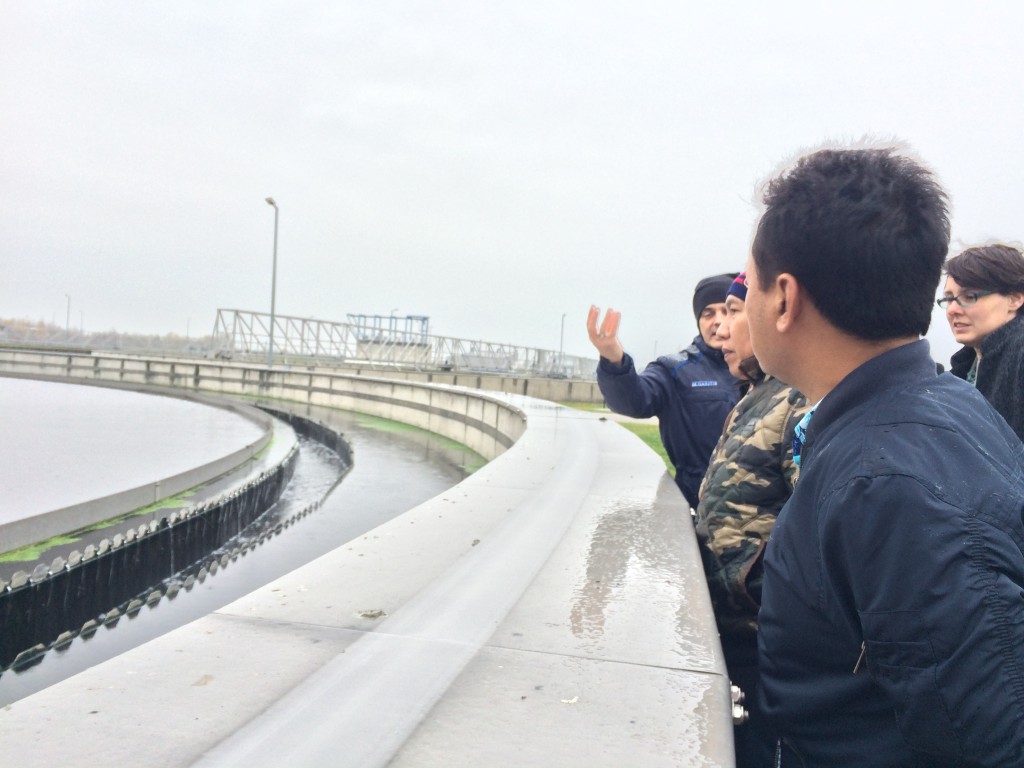